Argenta’s Eleonor very easily gave birth to our third M-litter, in just couple of hours 6 males and 3 female arrived. She is also a great mother taking good care of her babies. The father is Ch Caudatus Zeus. 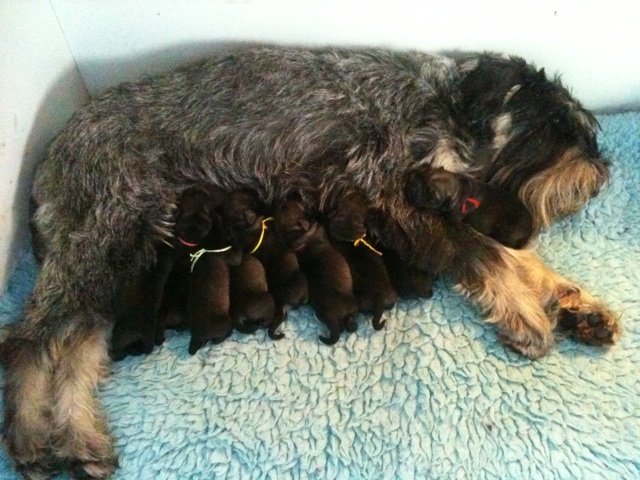 We got news from Argenta’s Mini Dag Diplomat “Duke” who got Junior CAC last weekend
on the international show in Latvia only 9 months old!
Thank you kennel Dinamunde and Marina for taking such good care of him! 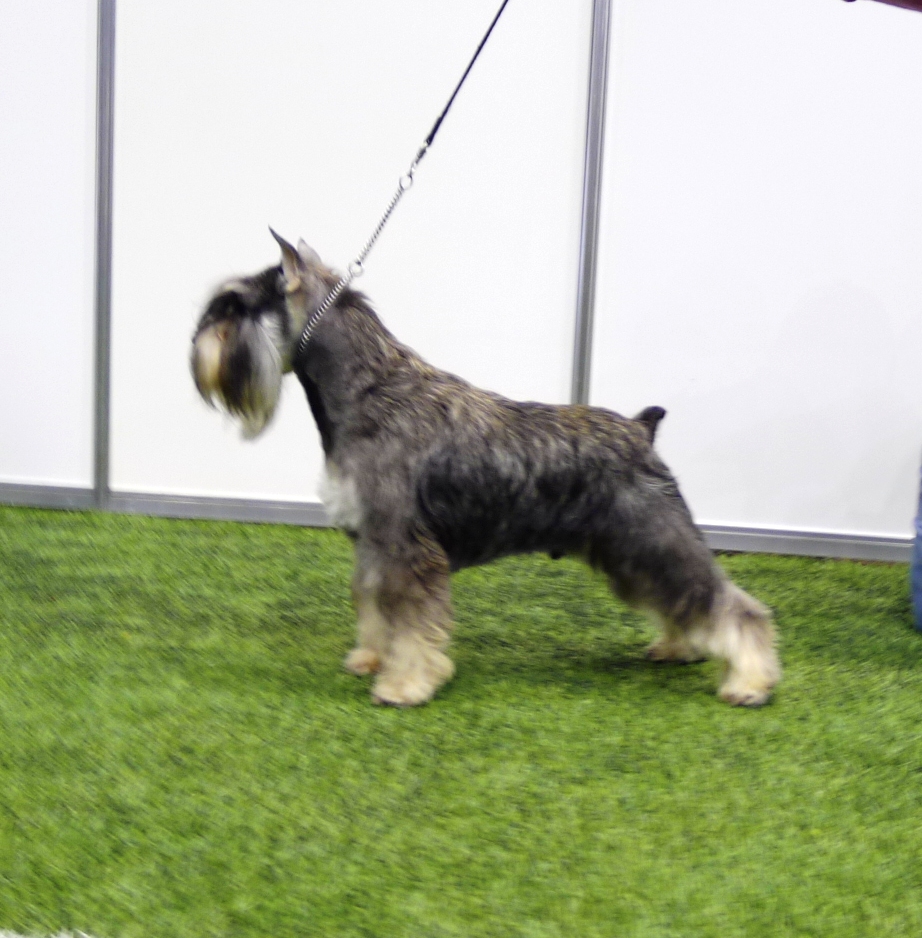 Argenta’s Lelace Lorelei in USA has picked up her first points, only 8 months old!
Winning Winners Bitch one day and Best in Opposite Sex the other day. 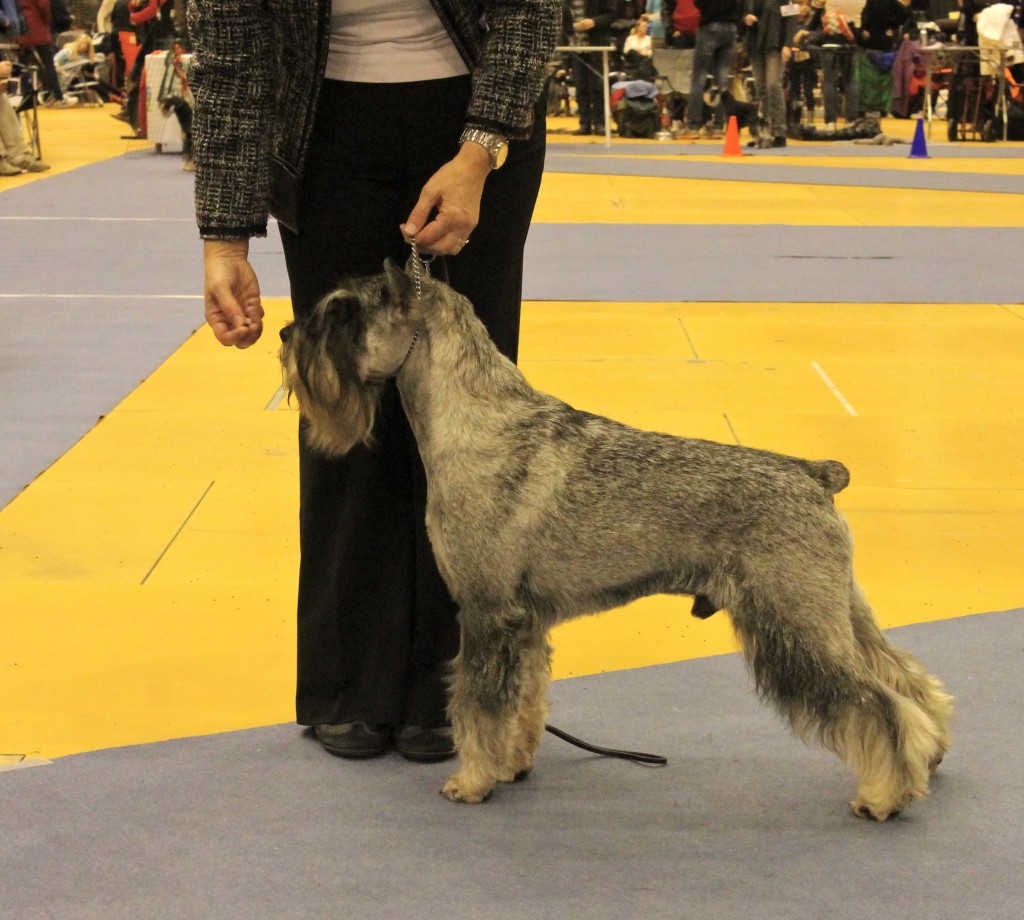 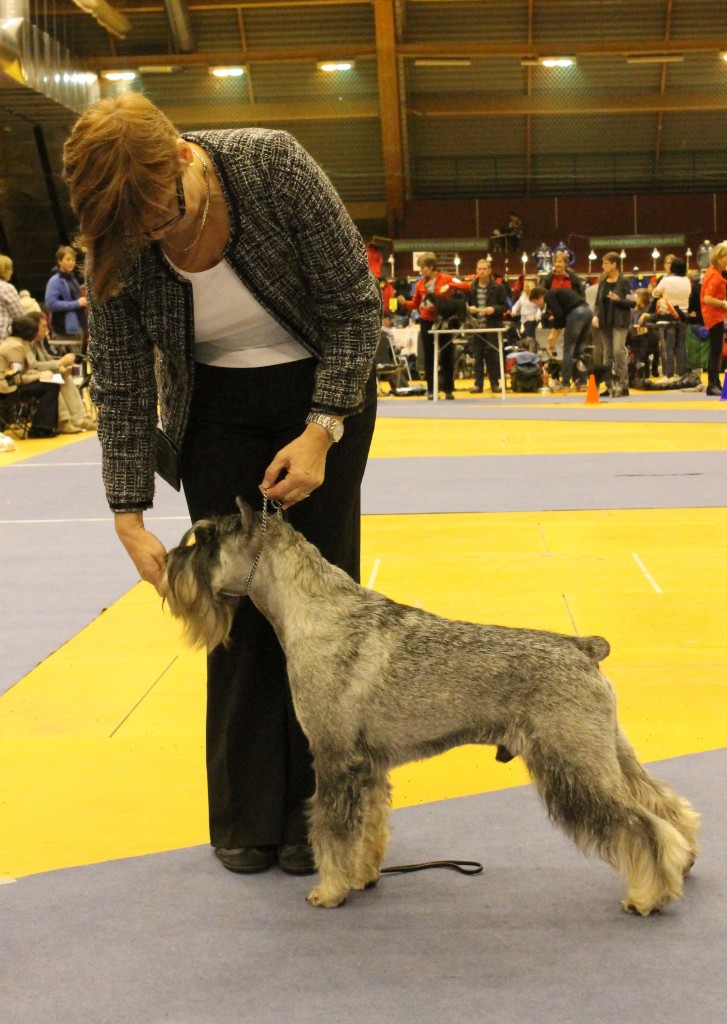 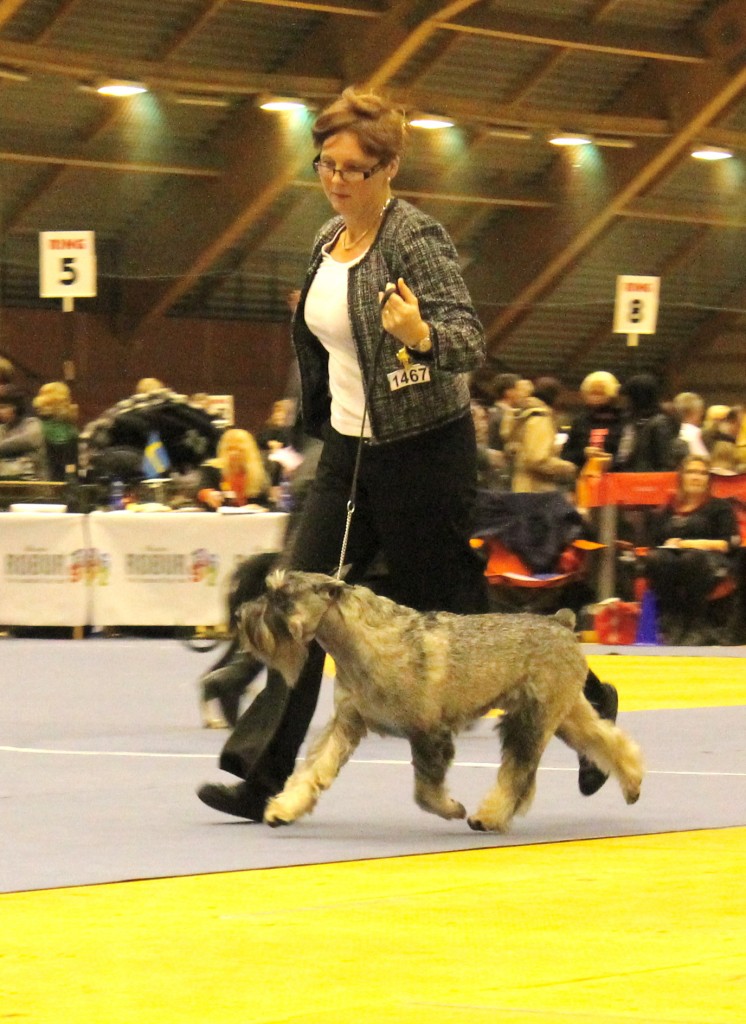 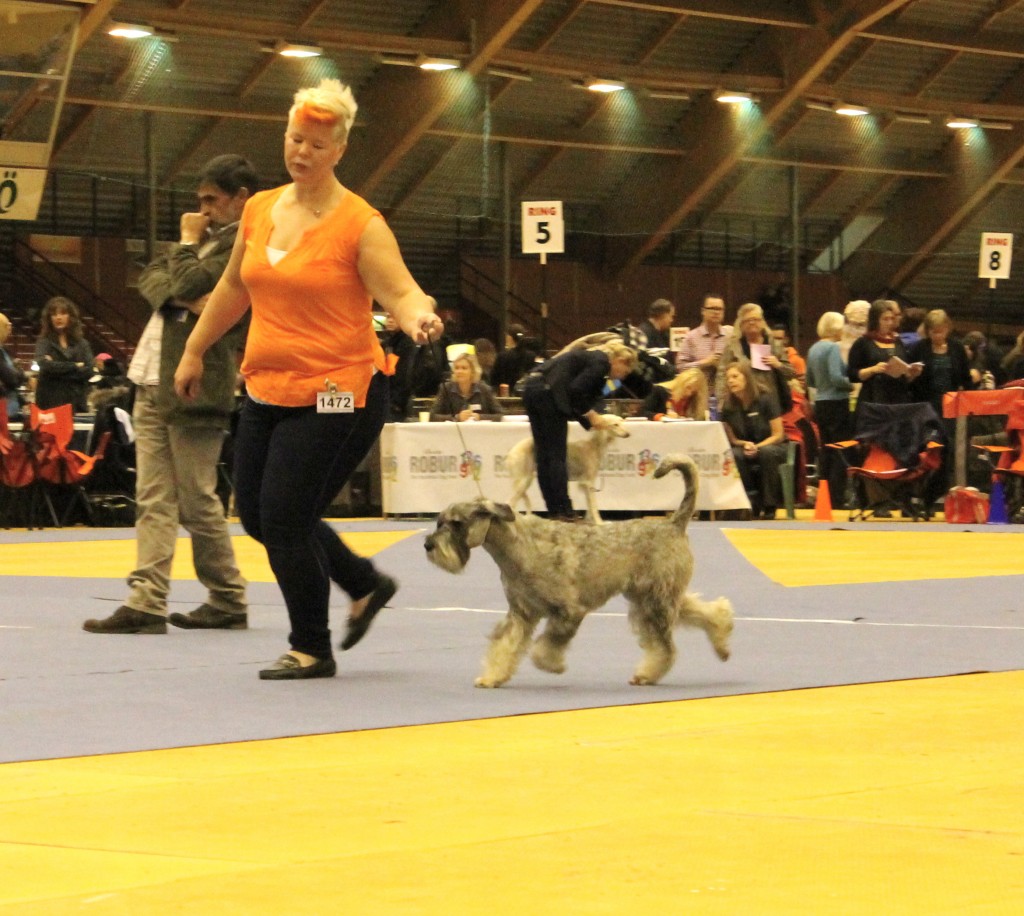 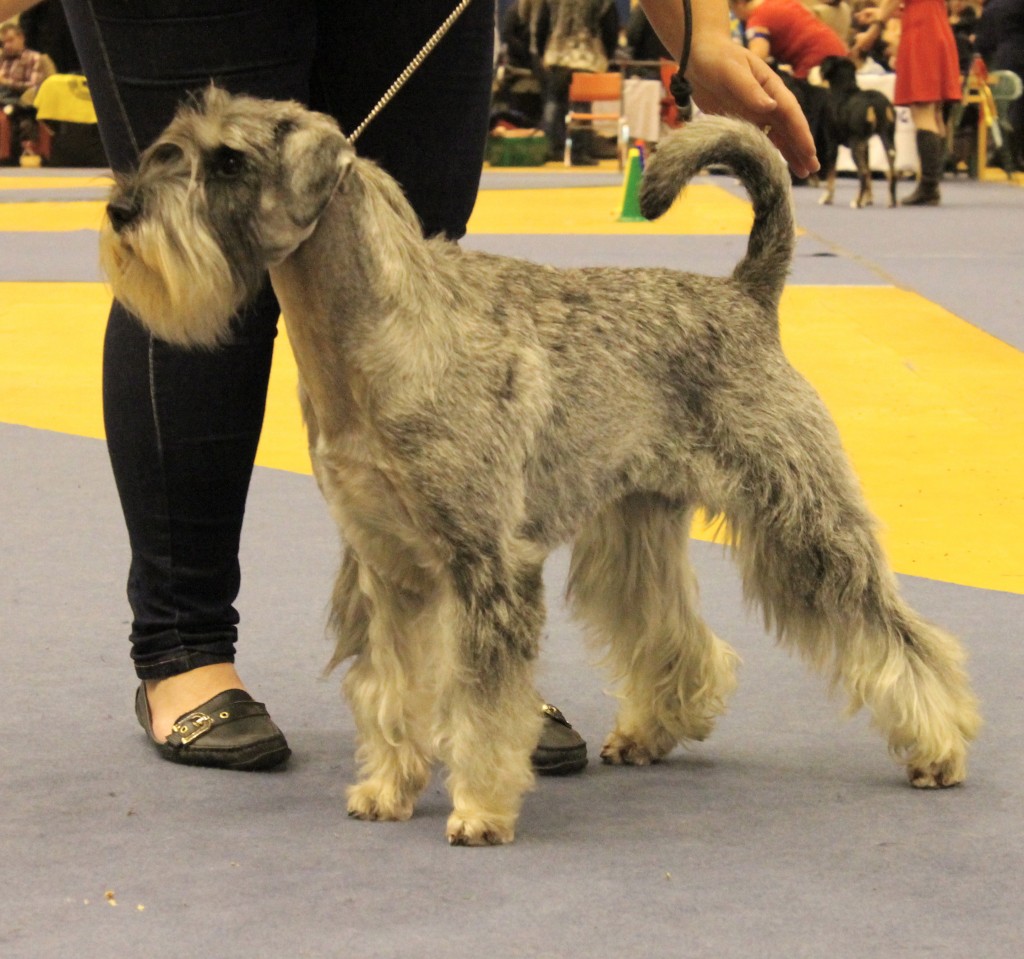 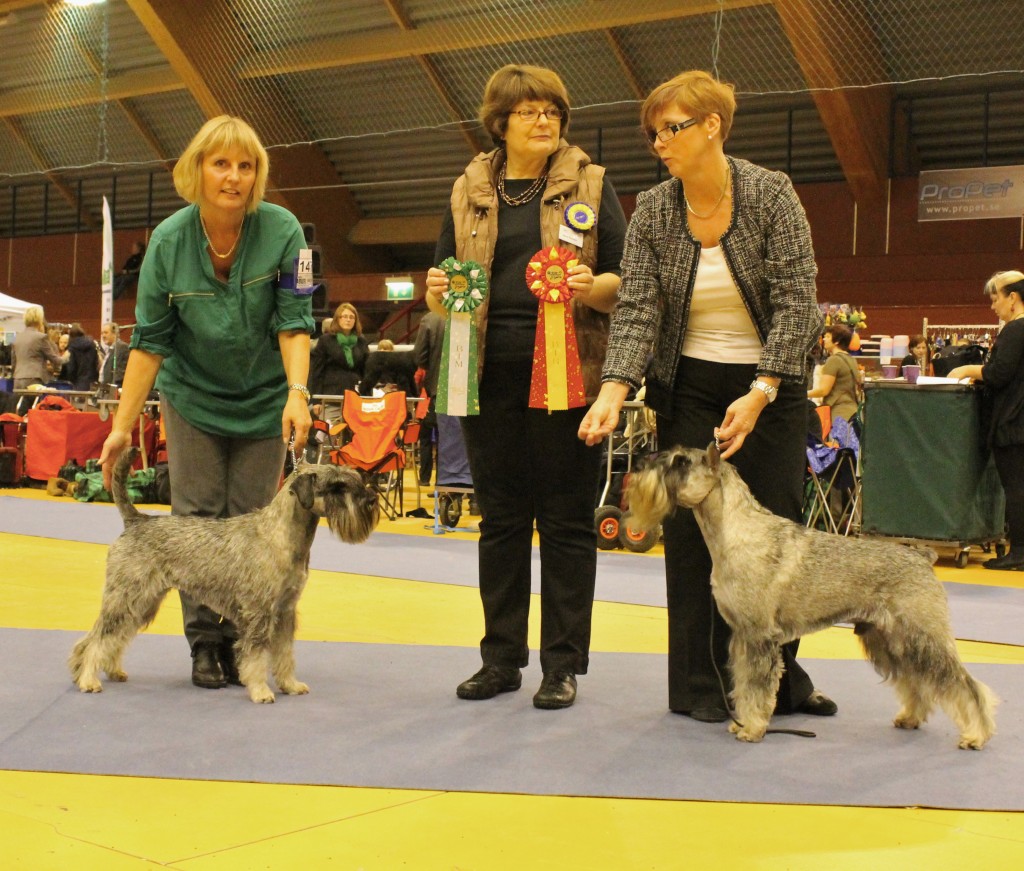 Kolja winning BOB and BOS were Caudatus Selene, a daughter out of Ch Argenta’s Tolstoy and granddaughter to Ch Argenta’s Qayenne. Selene got her last CAC and became swedish champion with CACIB 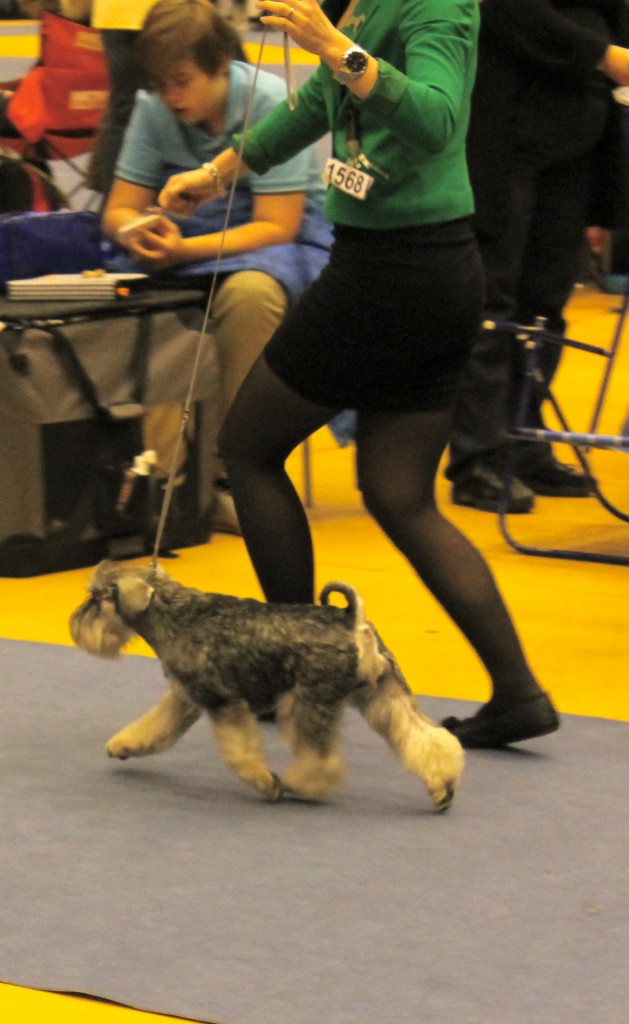 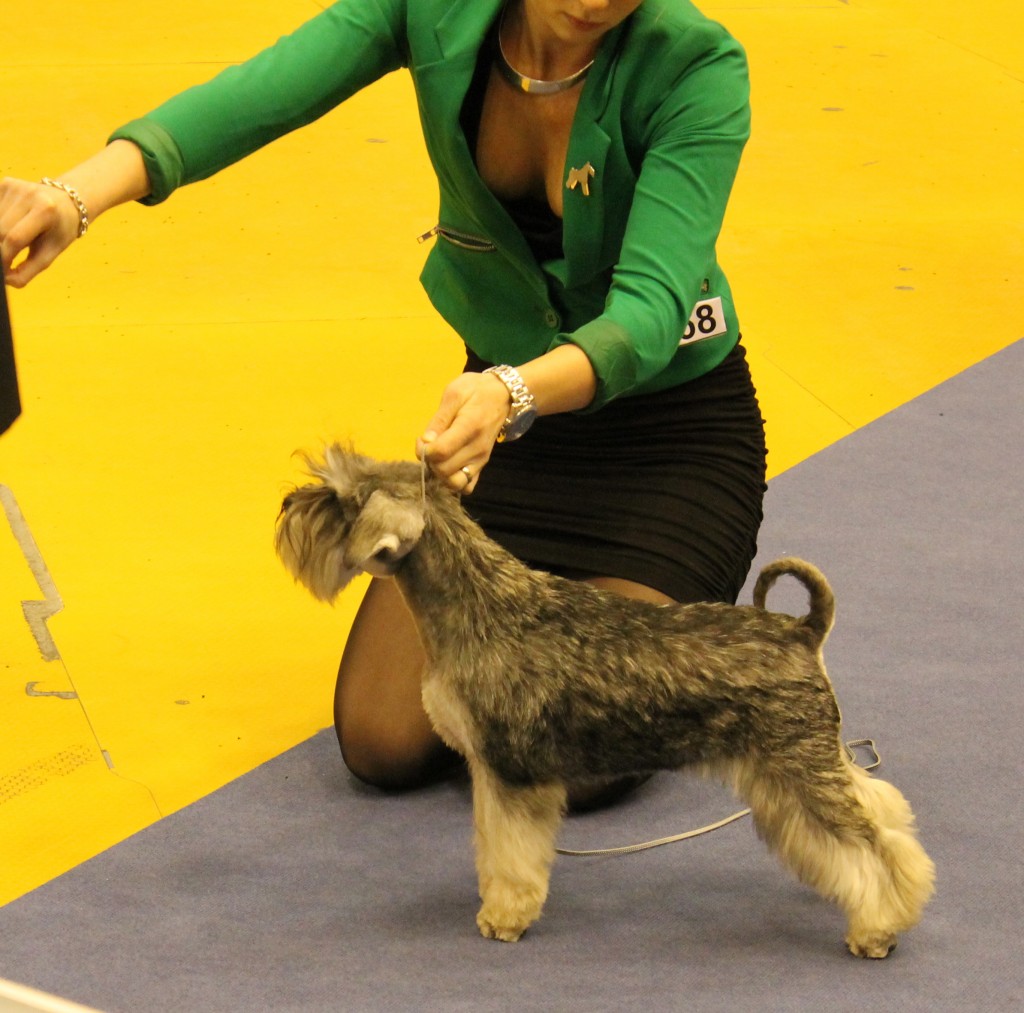 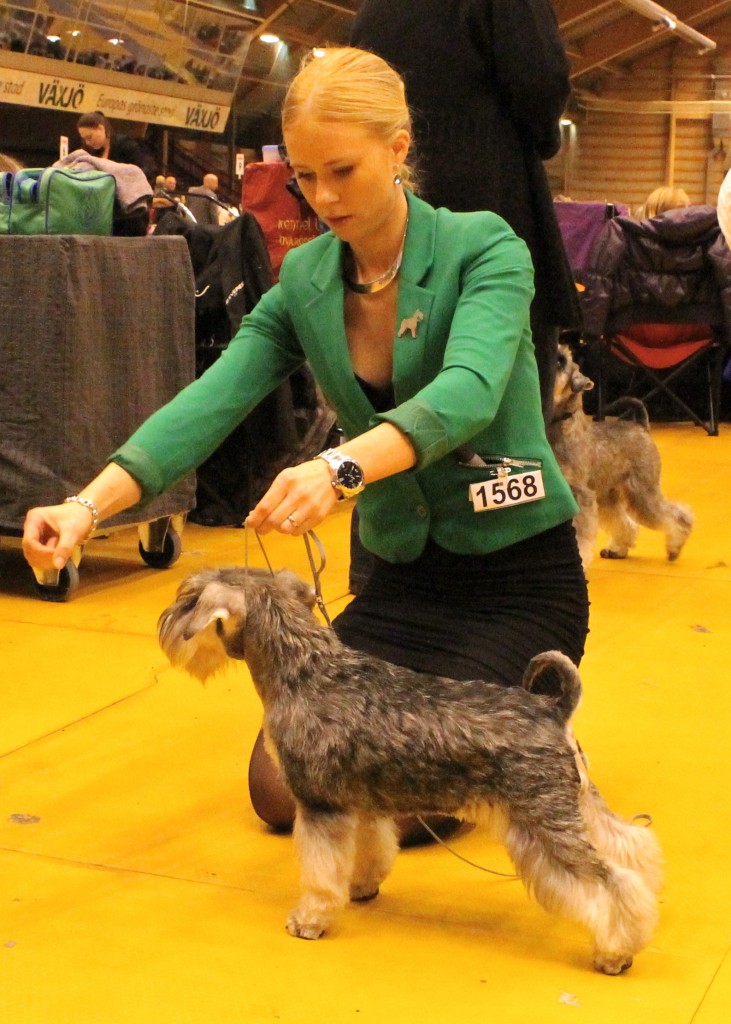 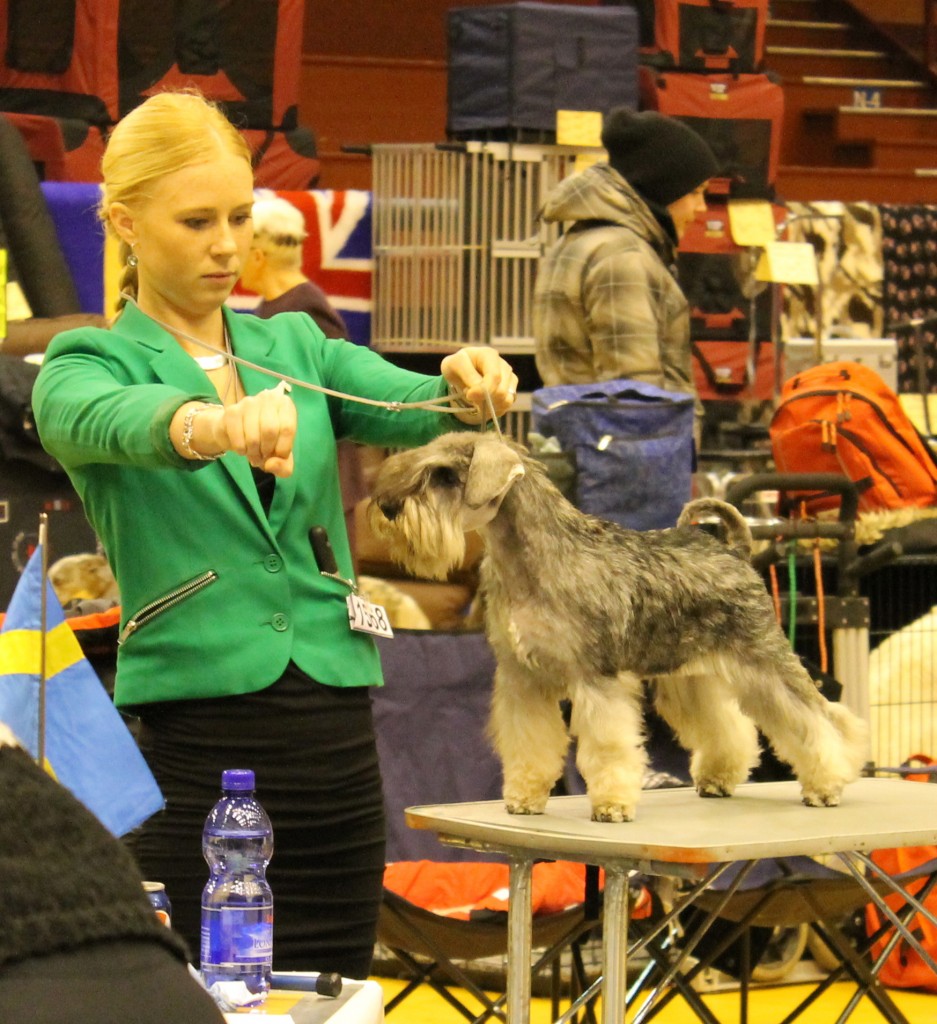 Full focus on the judging table 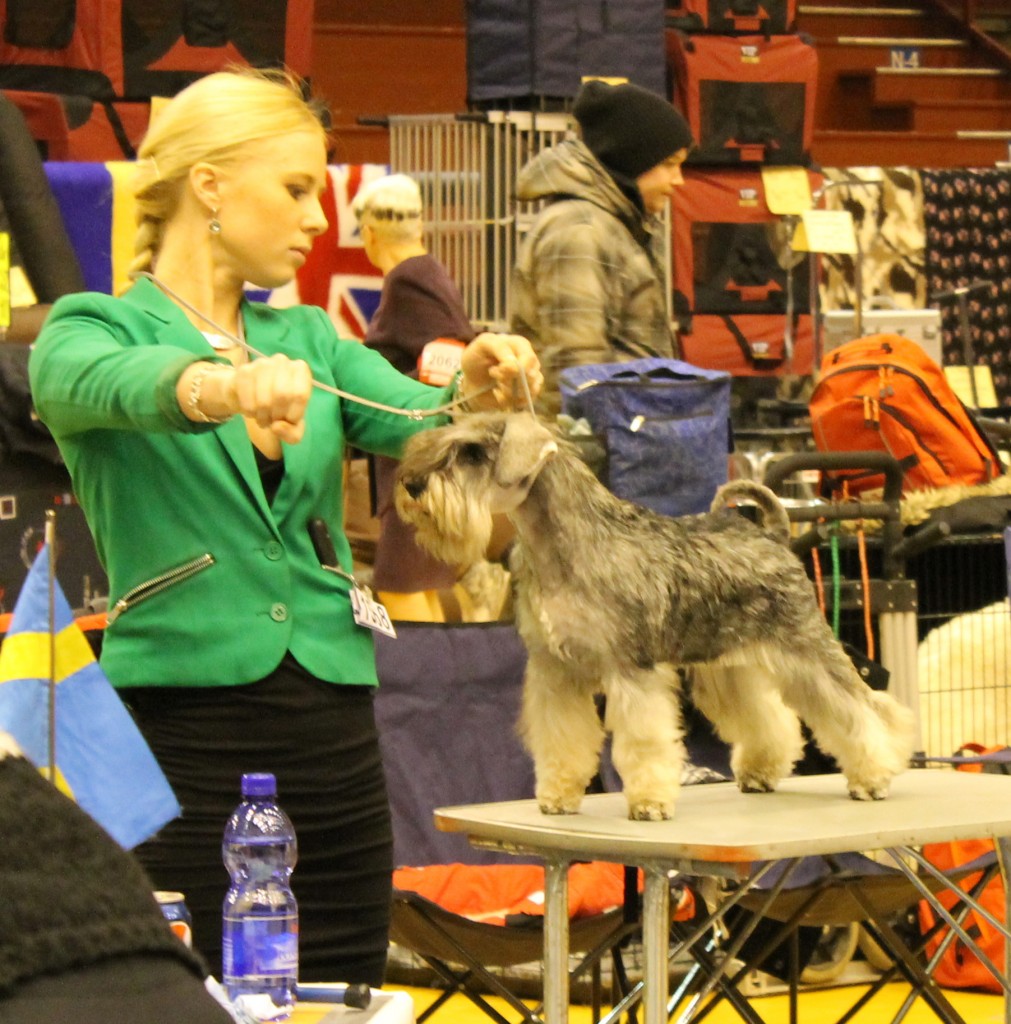 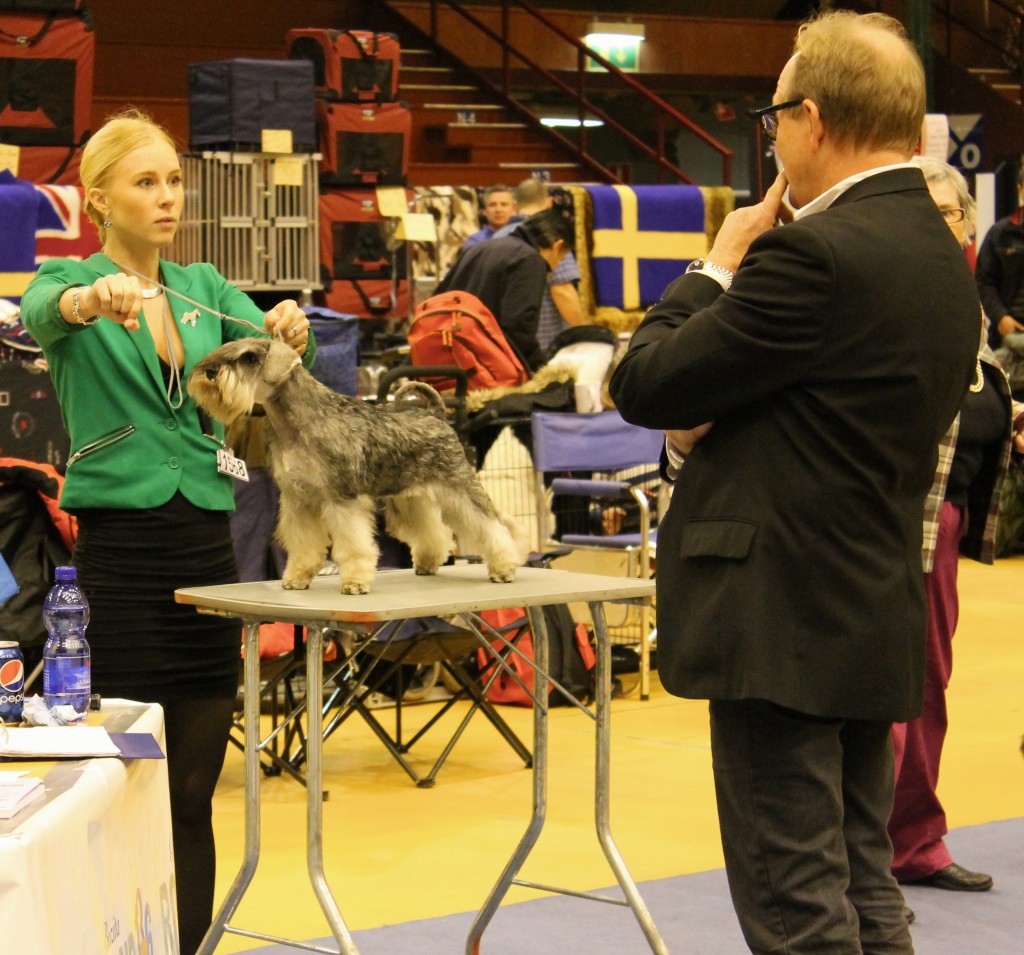 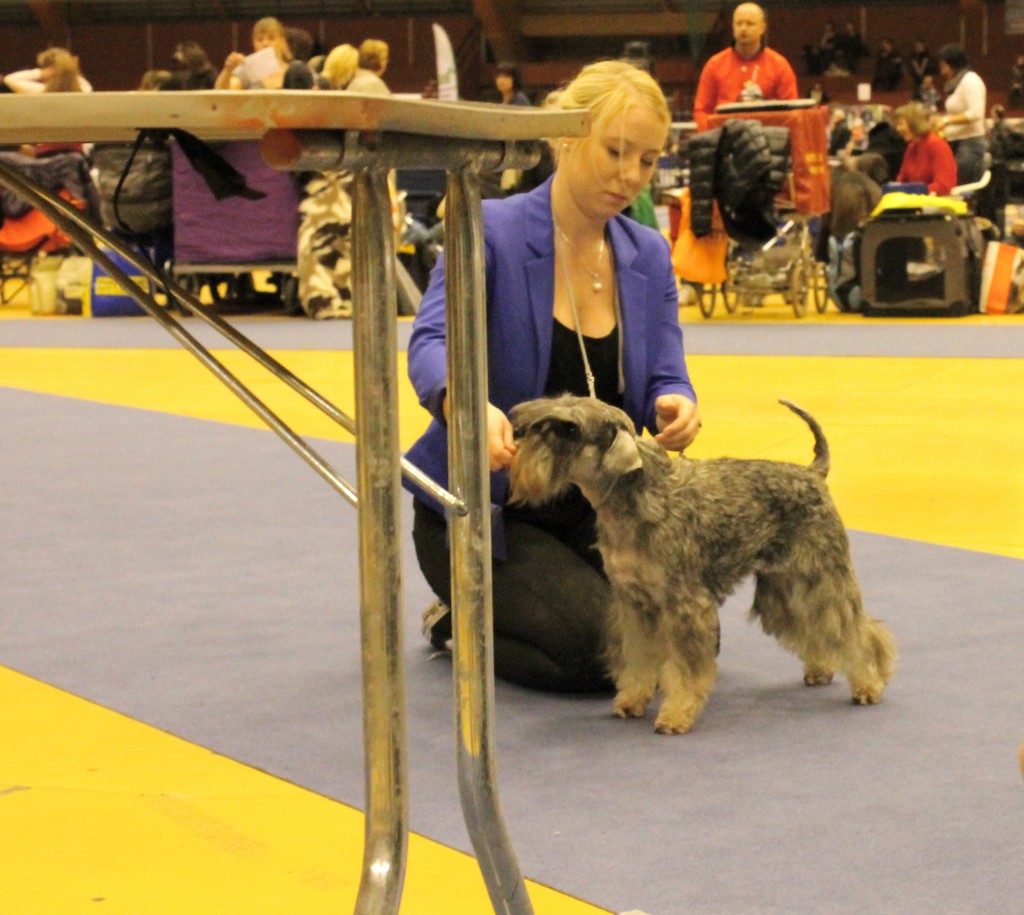 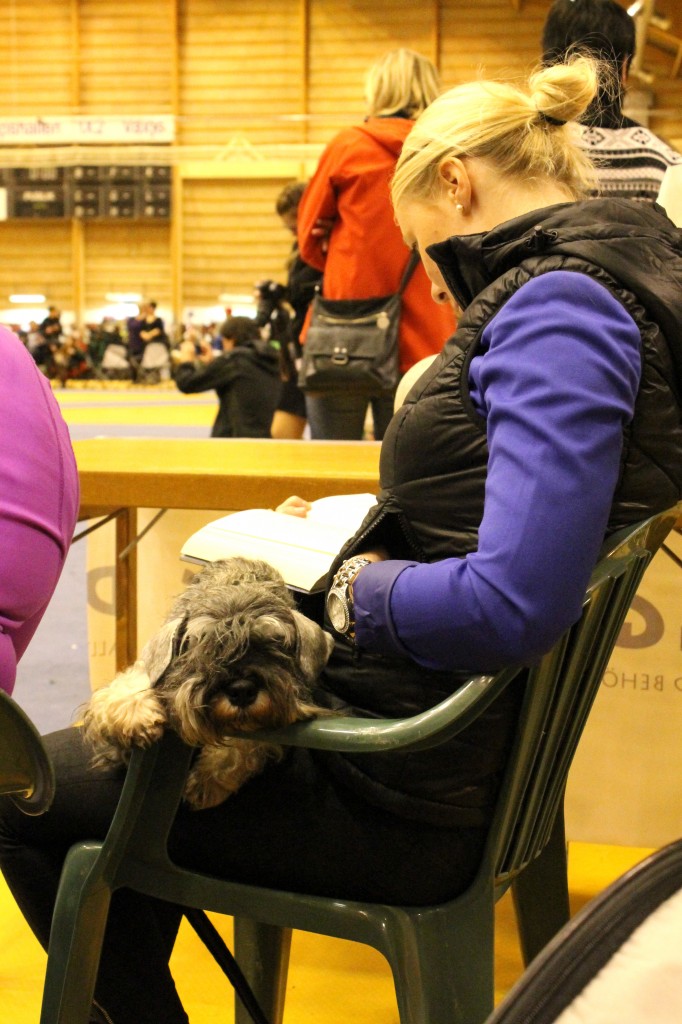 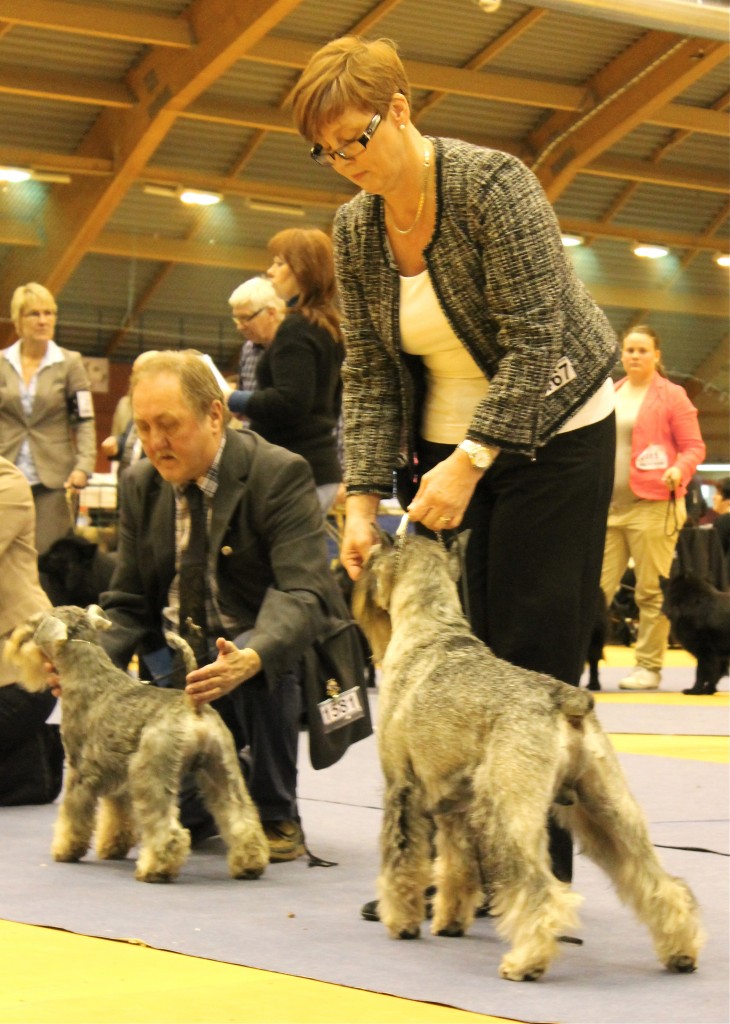 Maximin Quickstep and Kolja in prejudging 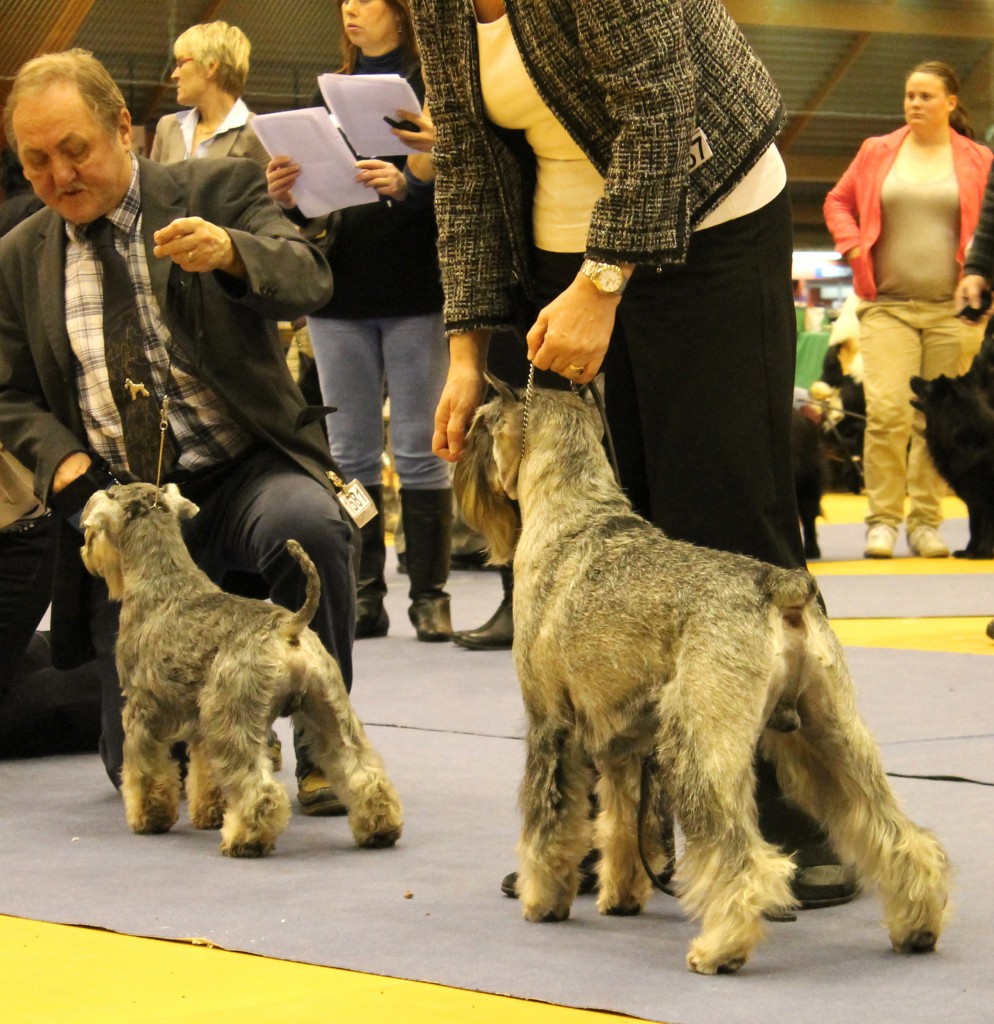 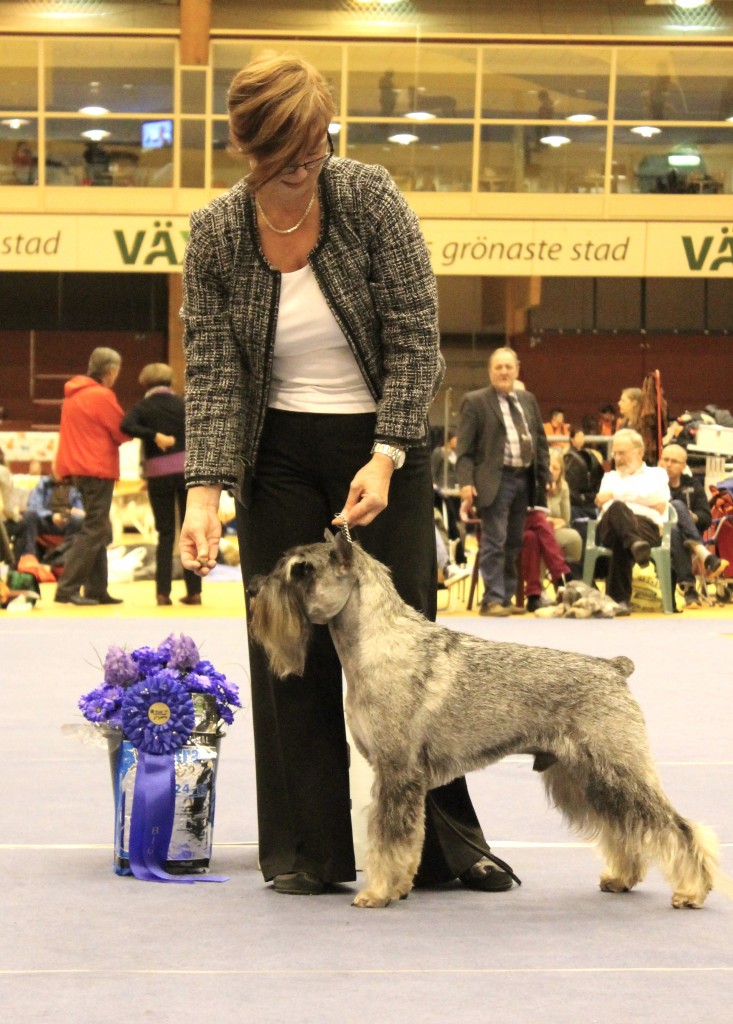