We took some new photos of our miniature schnauzer-puppies who are now 5 days old. 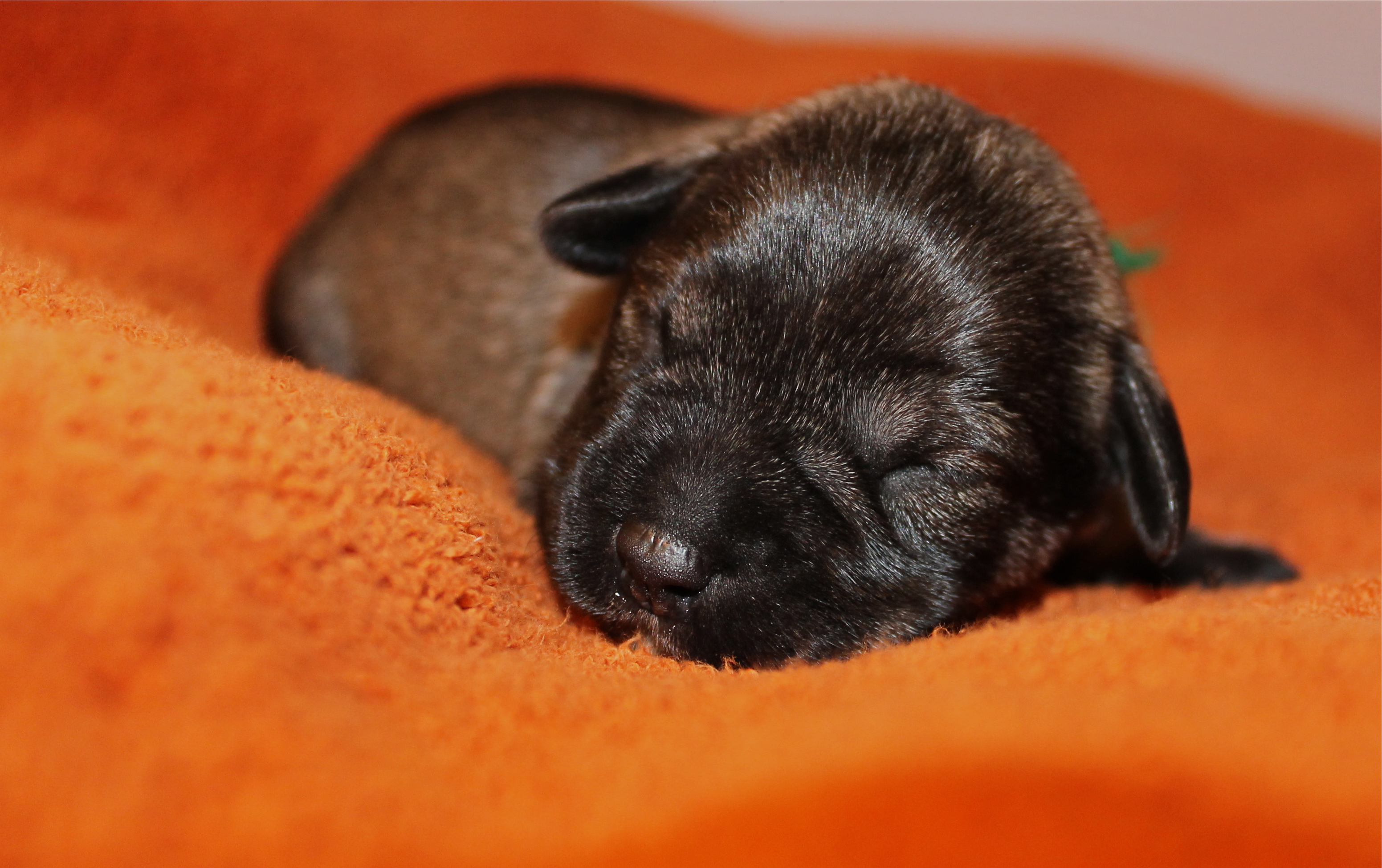 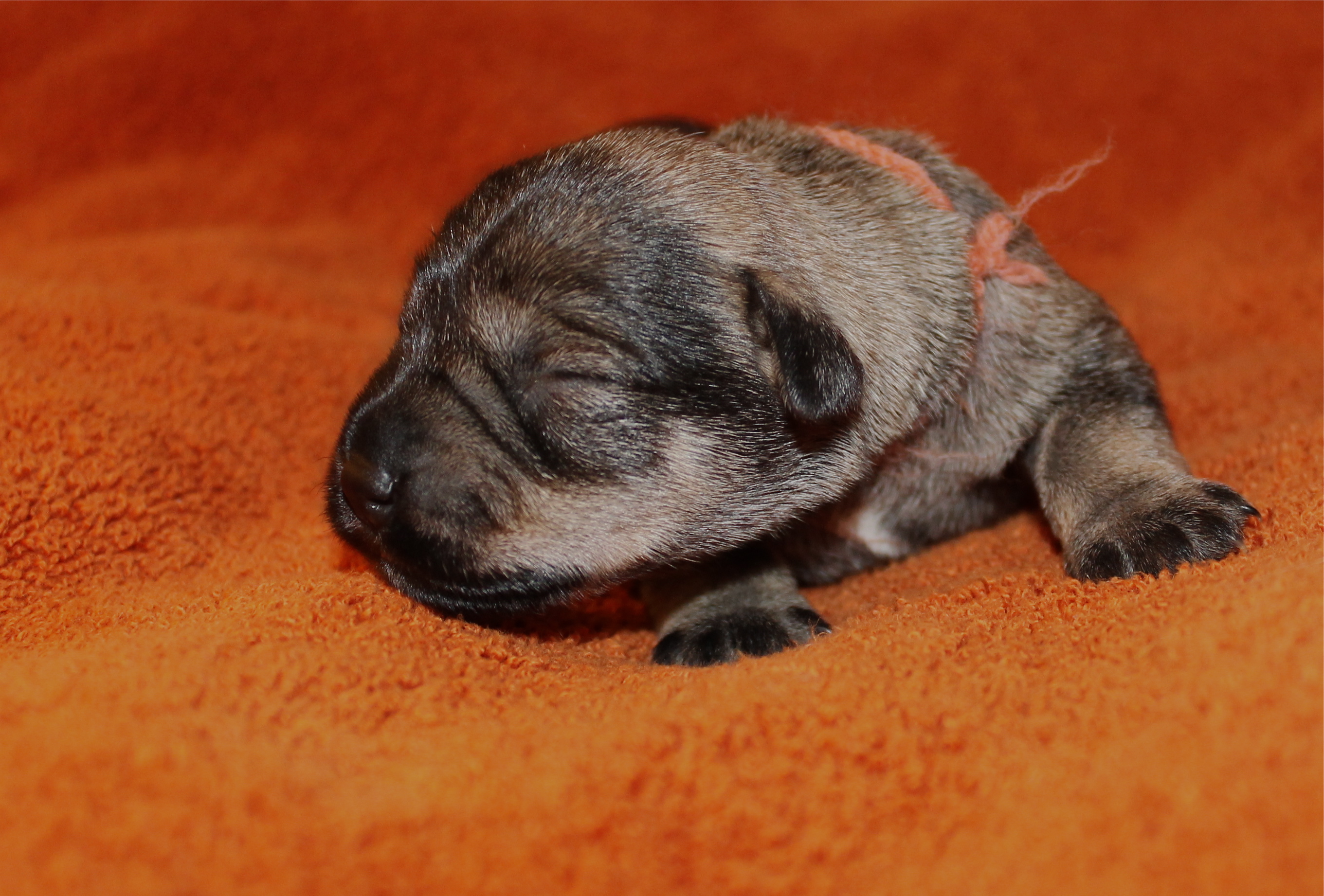 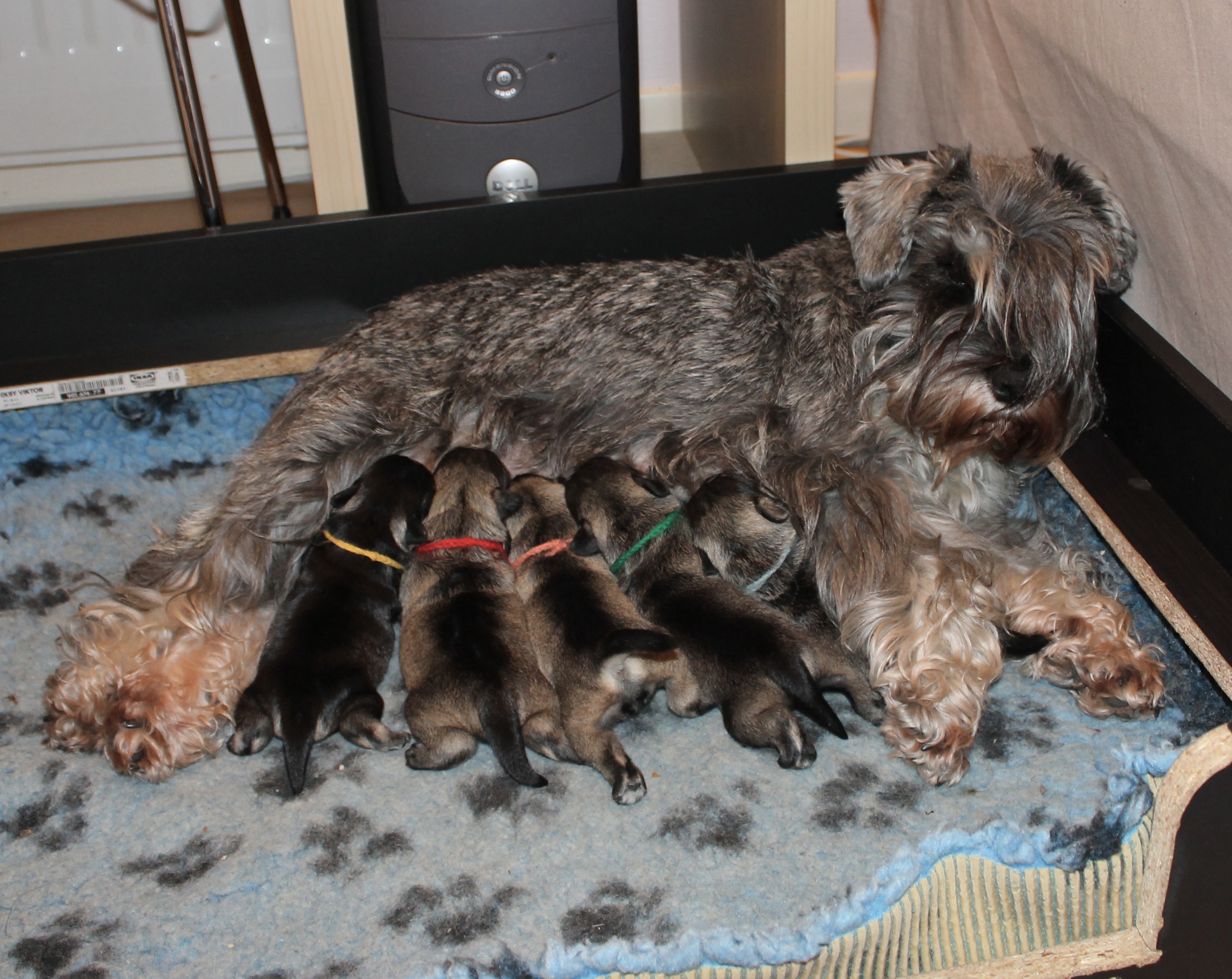 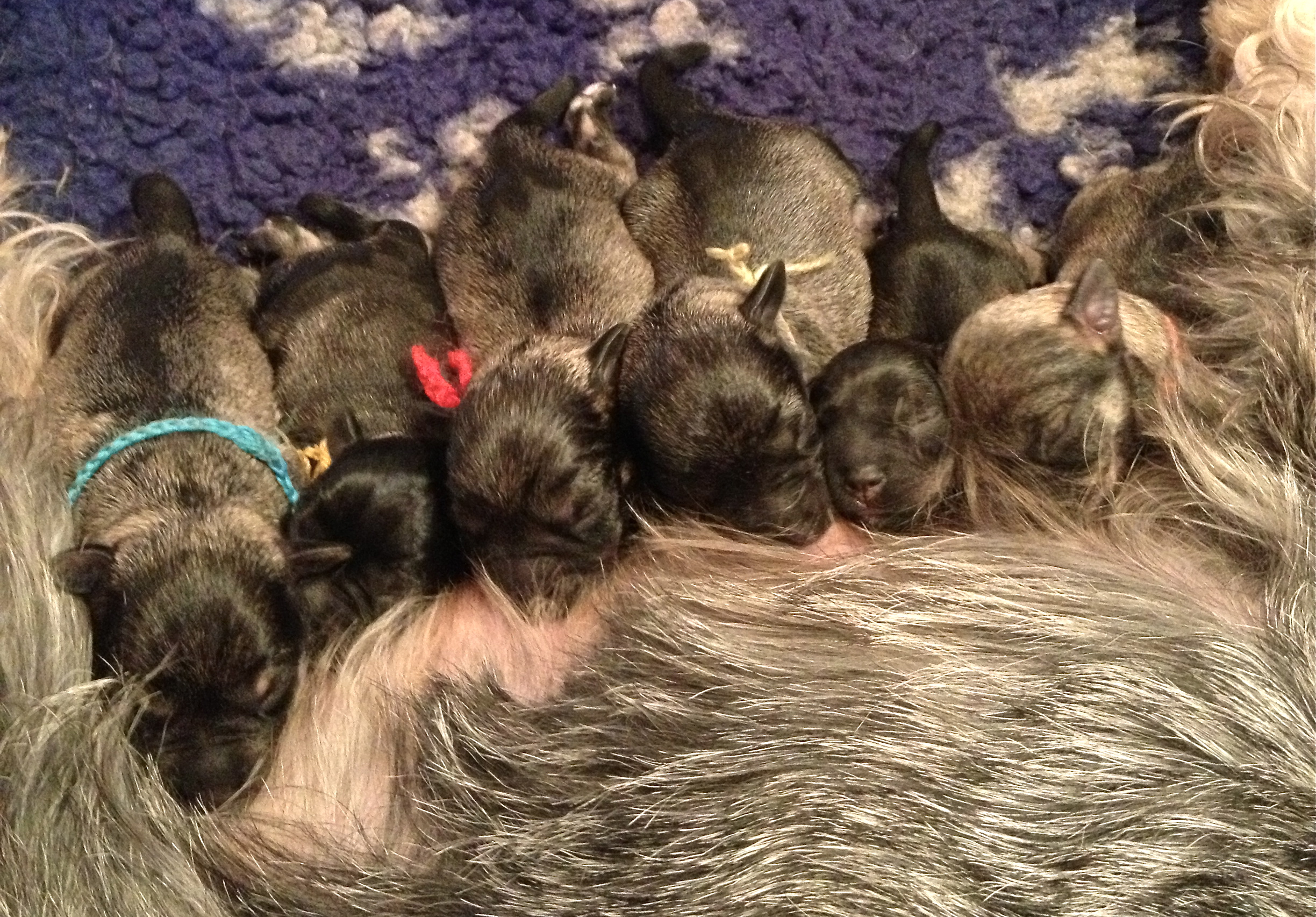 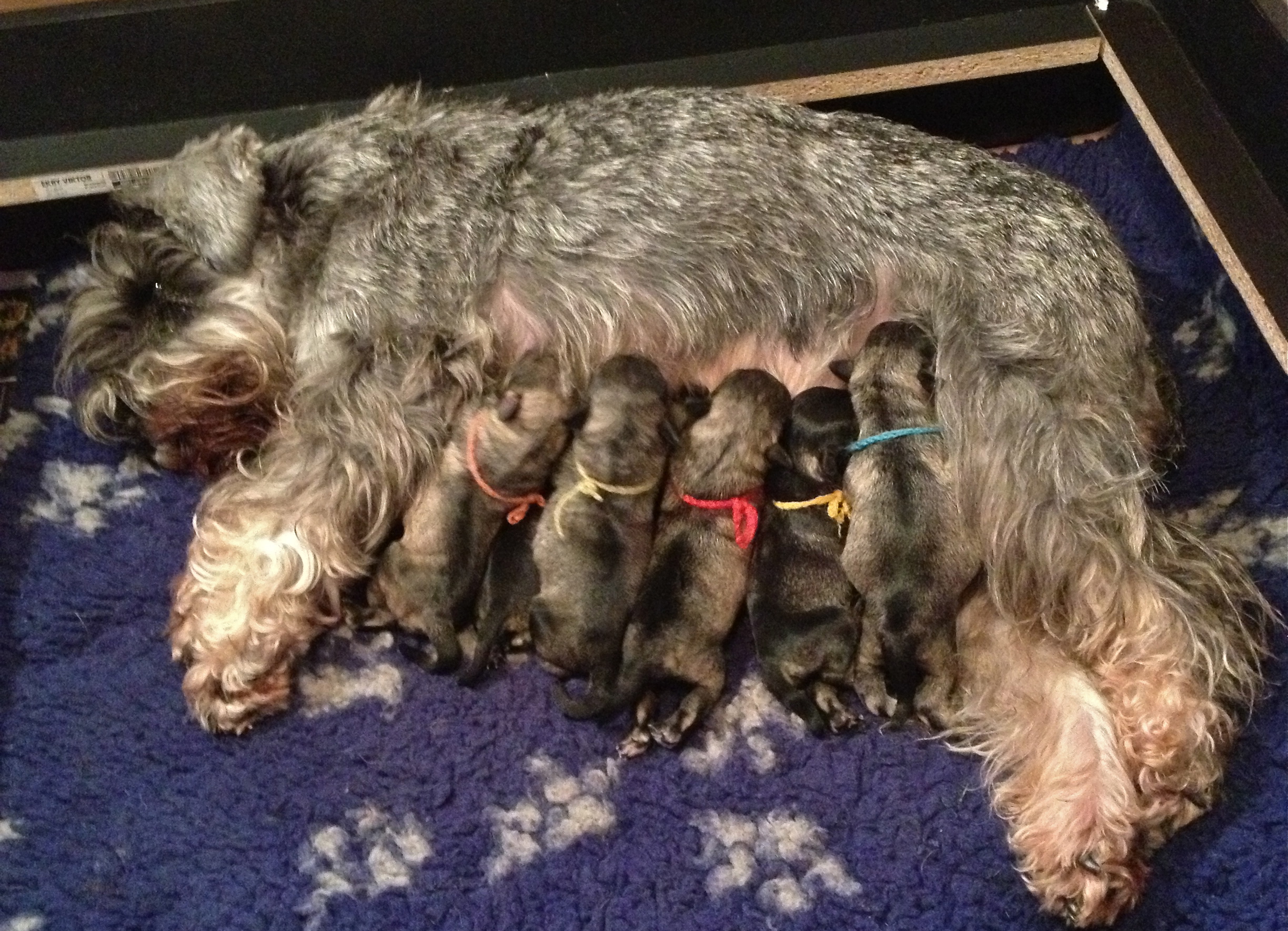 We had a great time at the Stockholm international show and swedish winner show 2012 in Stockholm. It was great to meet all friends, puppy owners and puppy owners to be. We also had a great day in the show ring and got several new titles despite the few dogs we had entered! 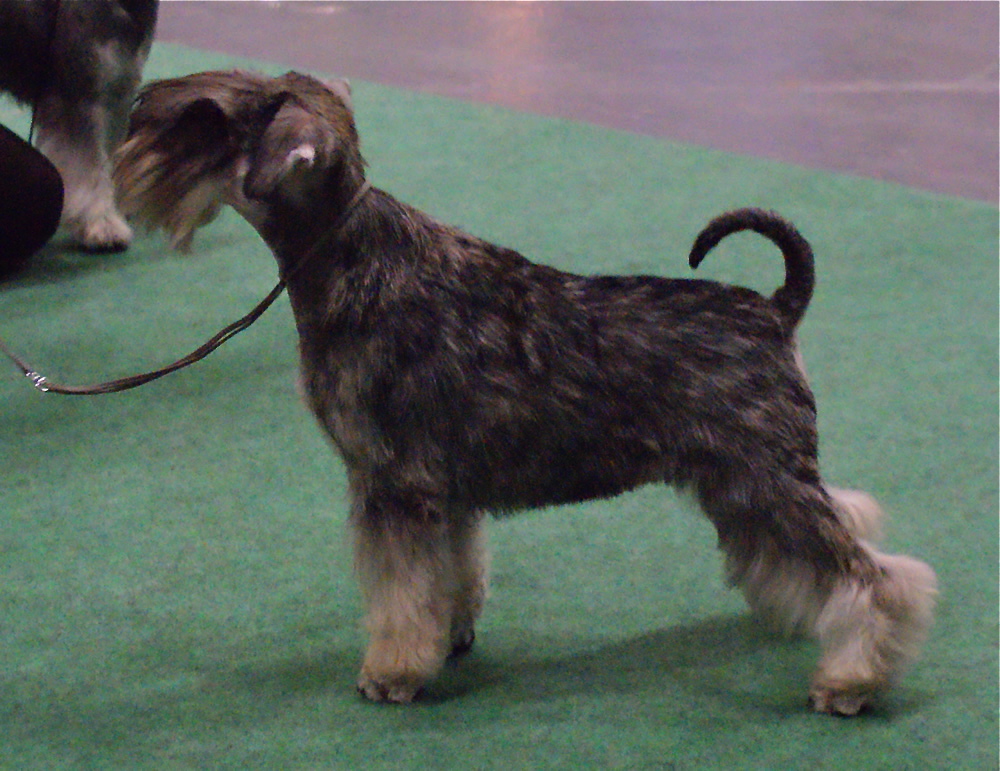 First out were Argenta’s Mini Dahlia “Kenja” in junior class 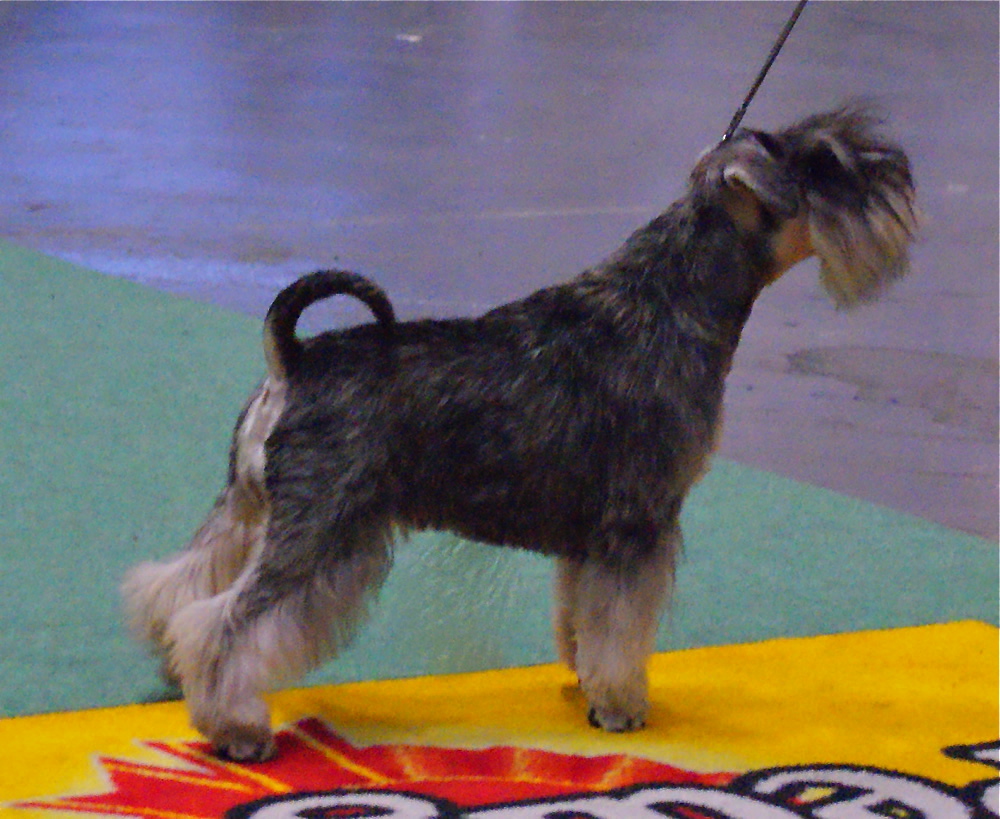 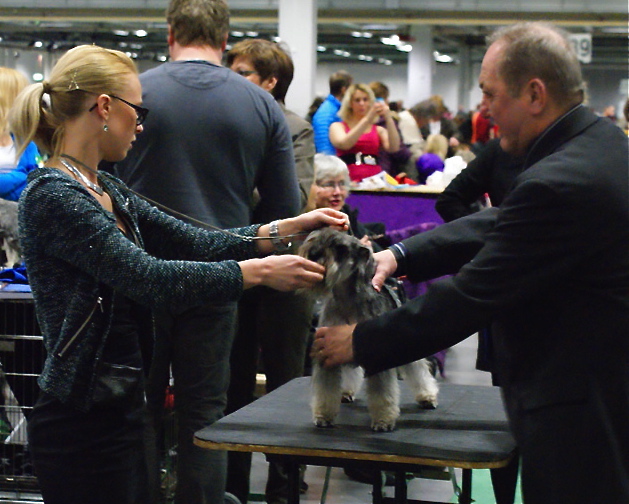 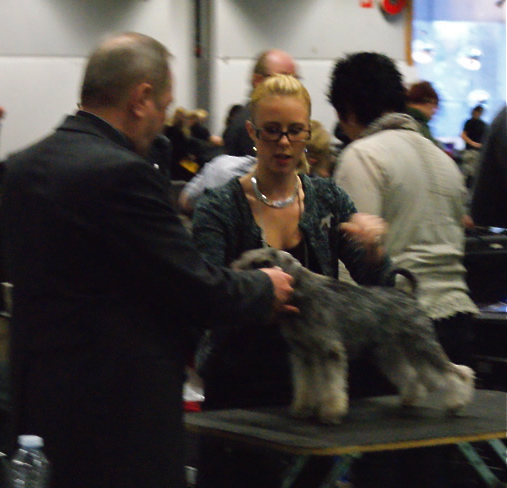 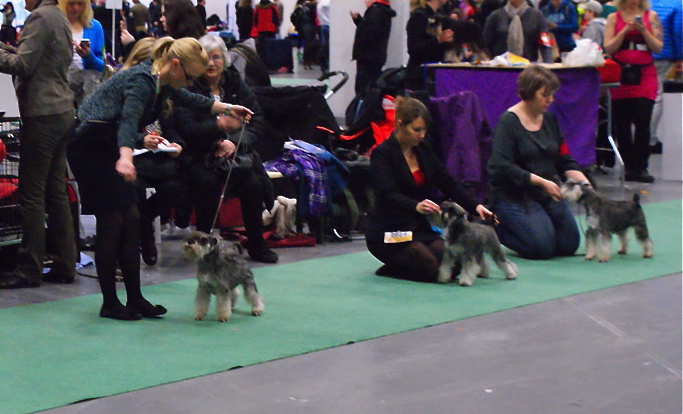 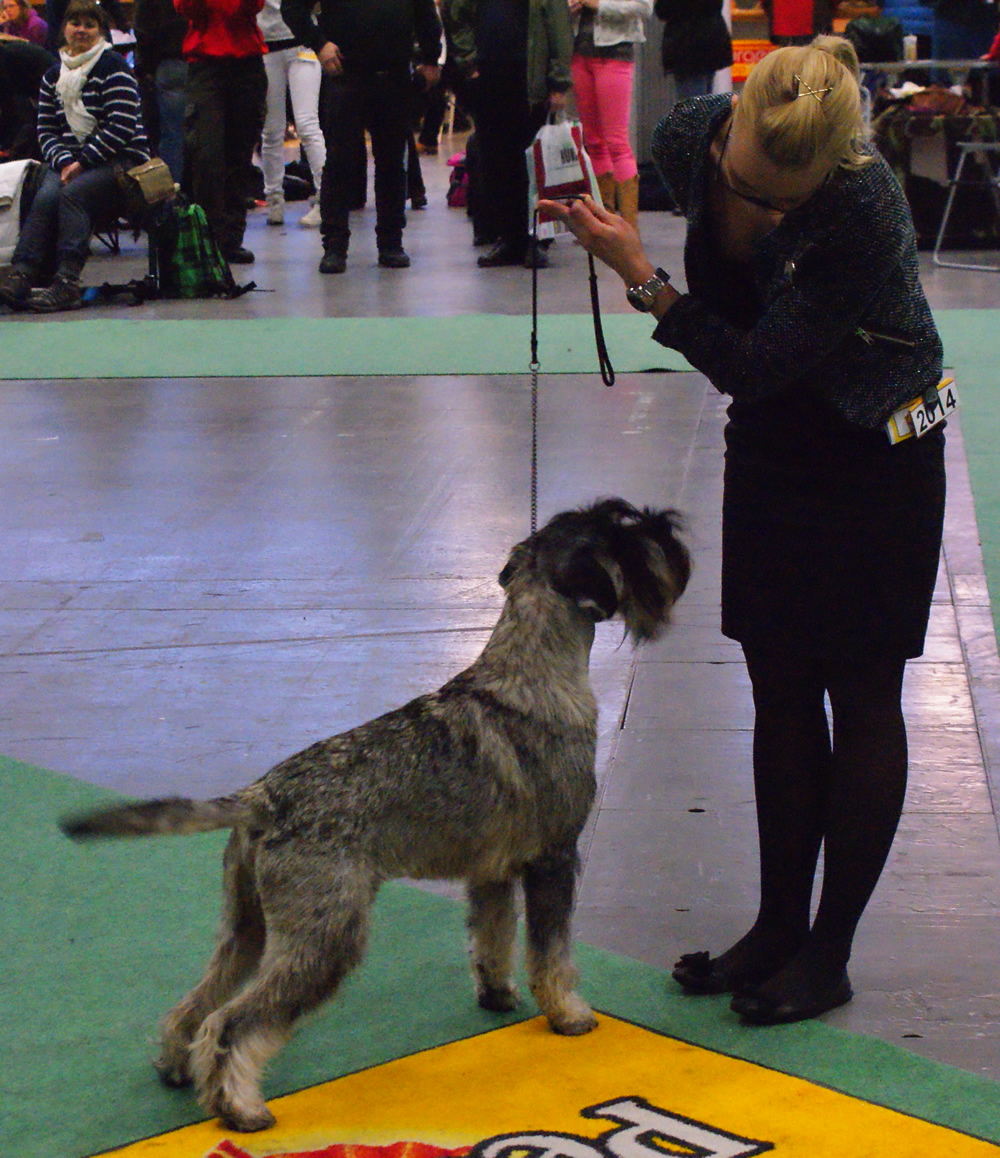 After the miniature schnauzers there were time for the standards. First out in junior class were
Argenta’s Kingsley “Nelson” who won the class with excellent and CC and whon the title SE JW-12, swedish junior winner 2012! 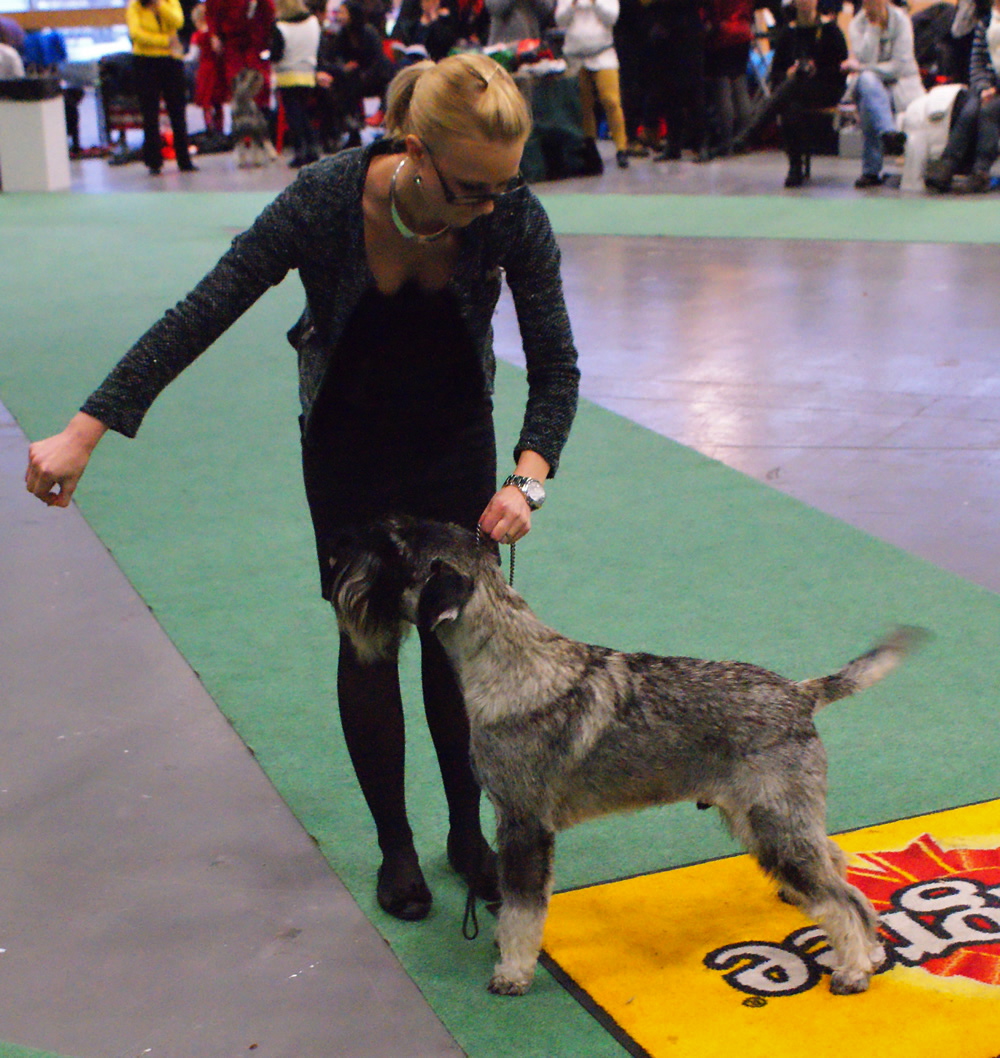 It was hard to take a picture of sweet Nelson without his tail wagging, he’s such a happy and nice male! 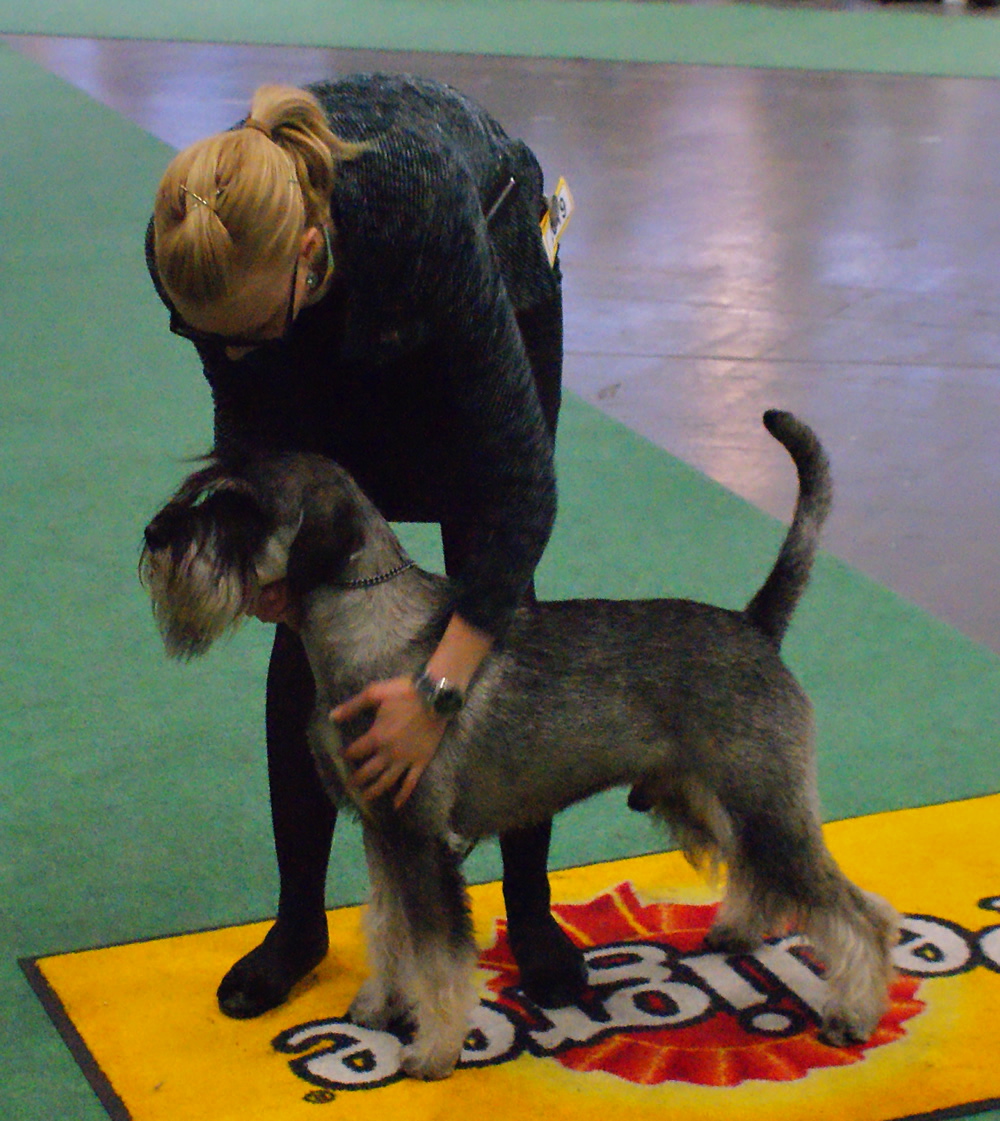 Argenta’s Jazzman “Sigge” in youth class got excellent. He has a great body and angulations and a super mentality as rest of his brothers in the J3-litter and already have CAC.
But this time he needed more coat on his body. 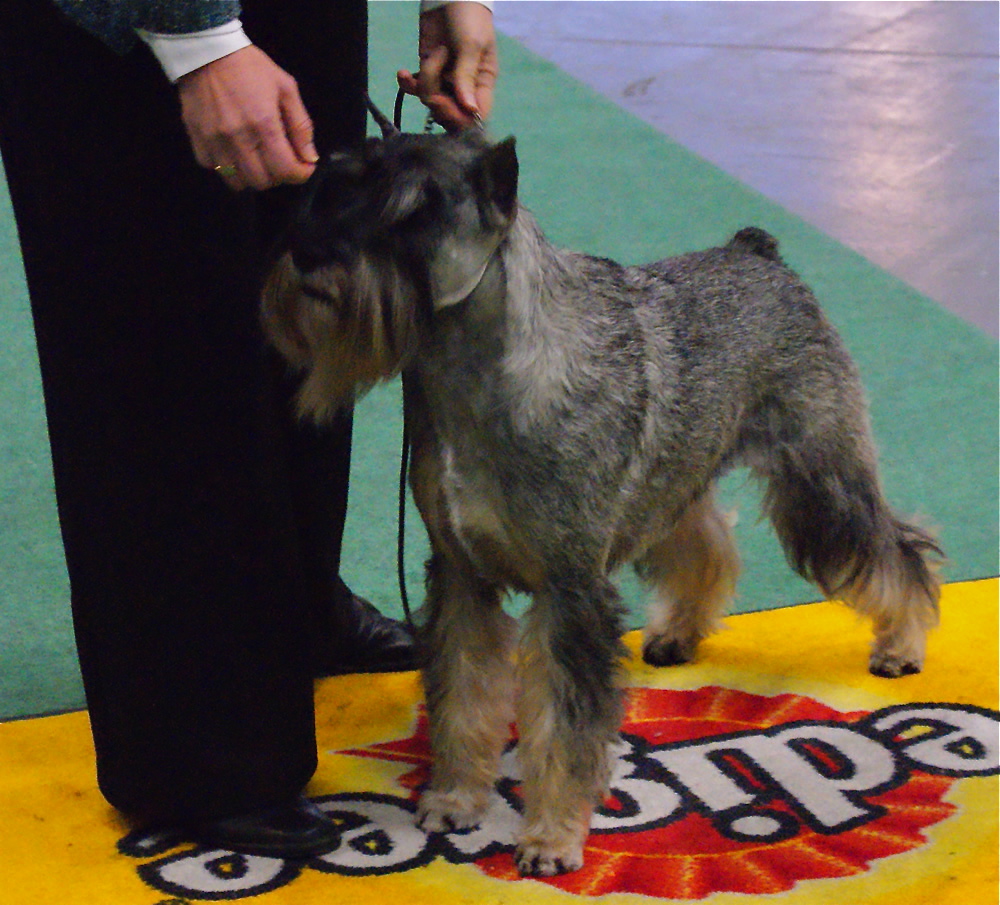 Then it were Koljas turn in champion class 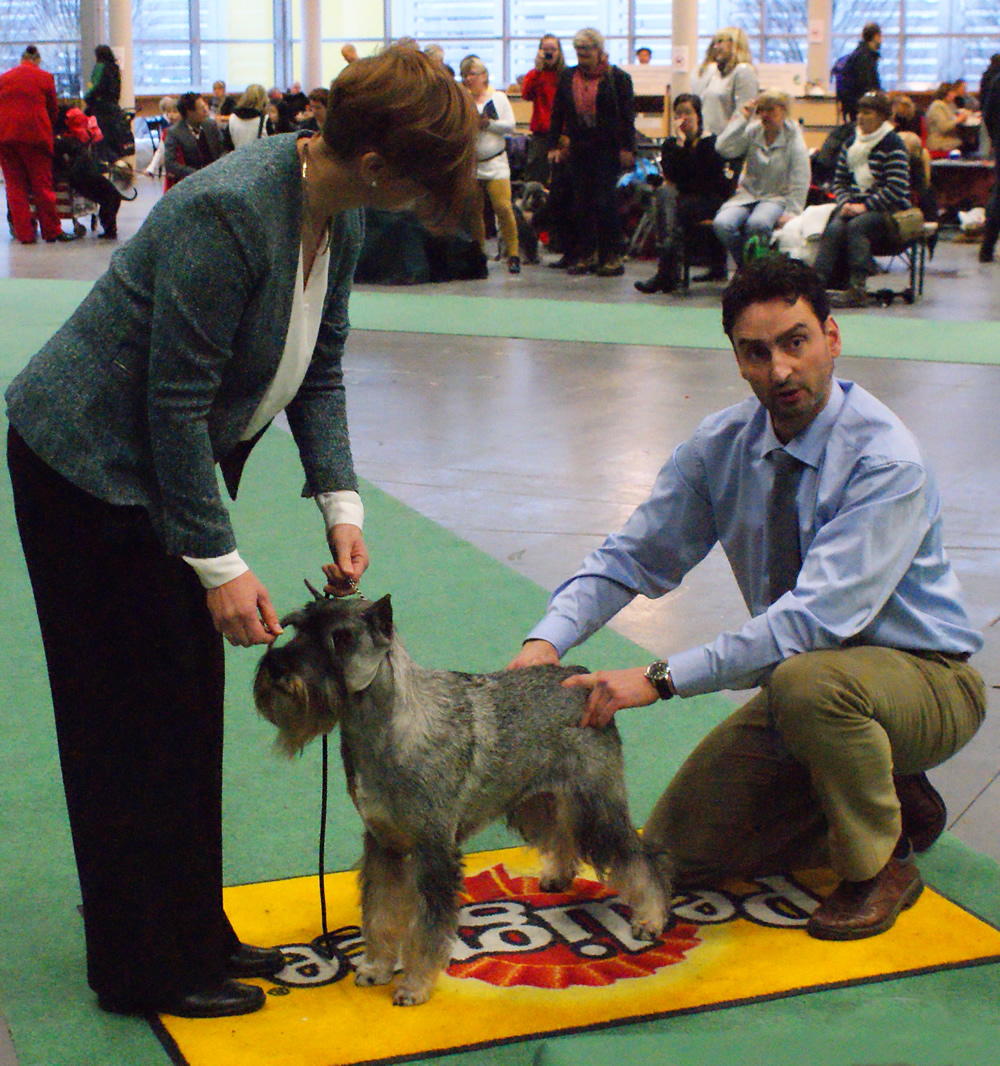 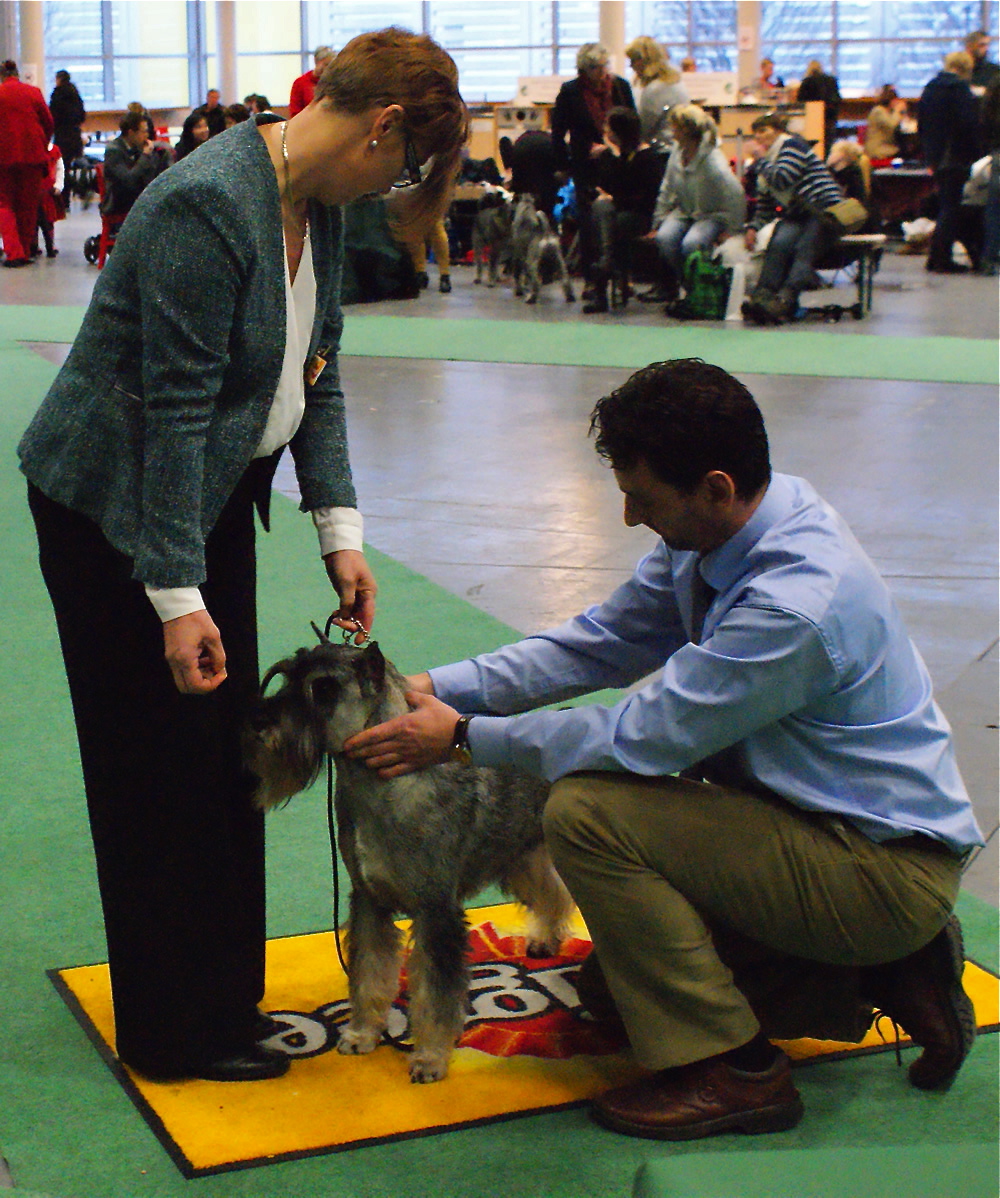 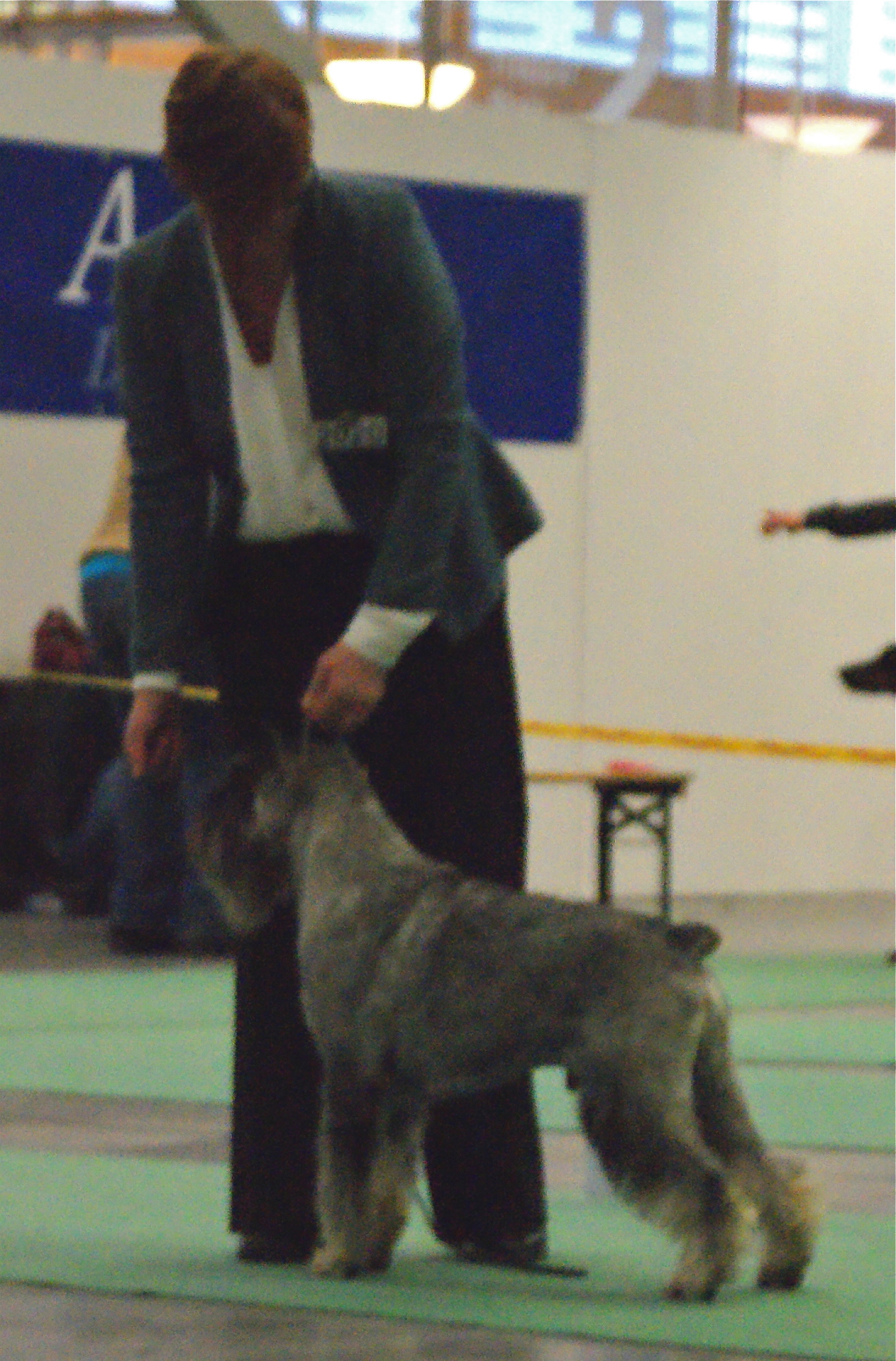 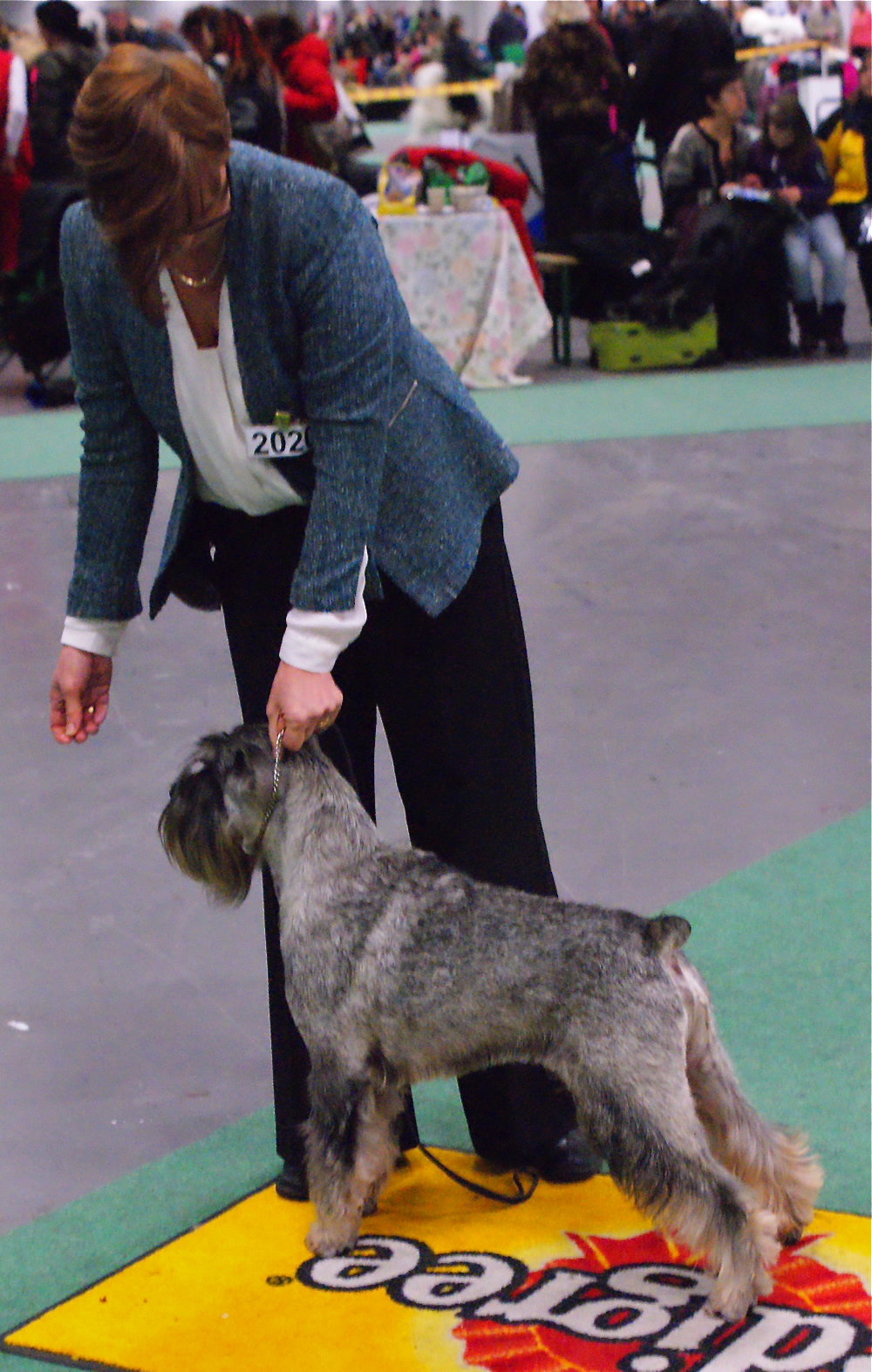 Part of the lineup in best male competition were Kolja came in first place and became swedish winner 2012 and Argenta’s Kingsley became third, only 11 months old, before several champion males! 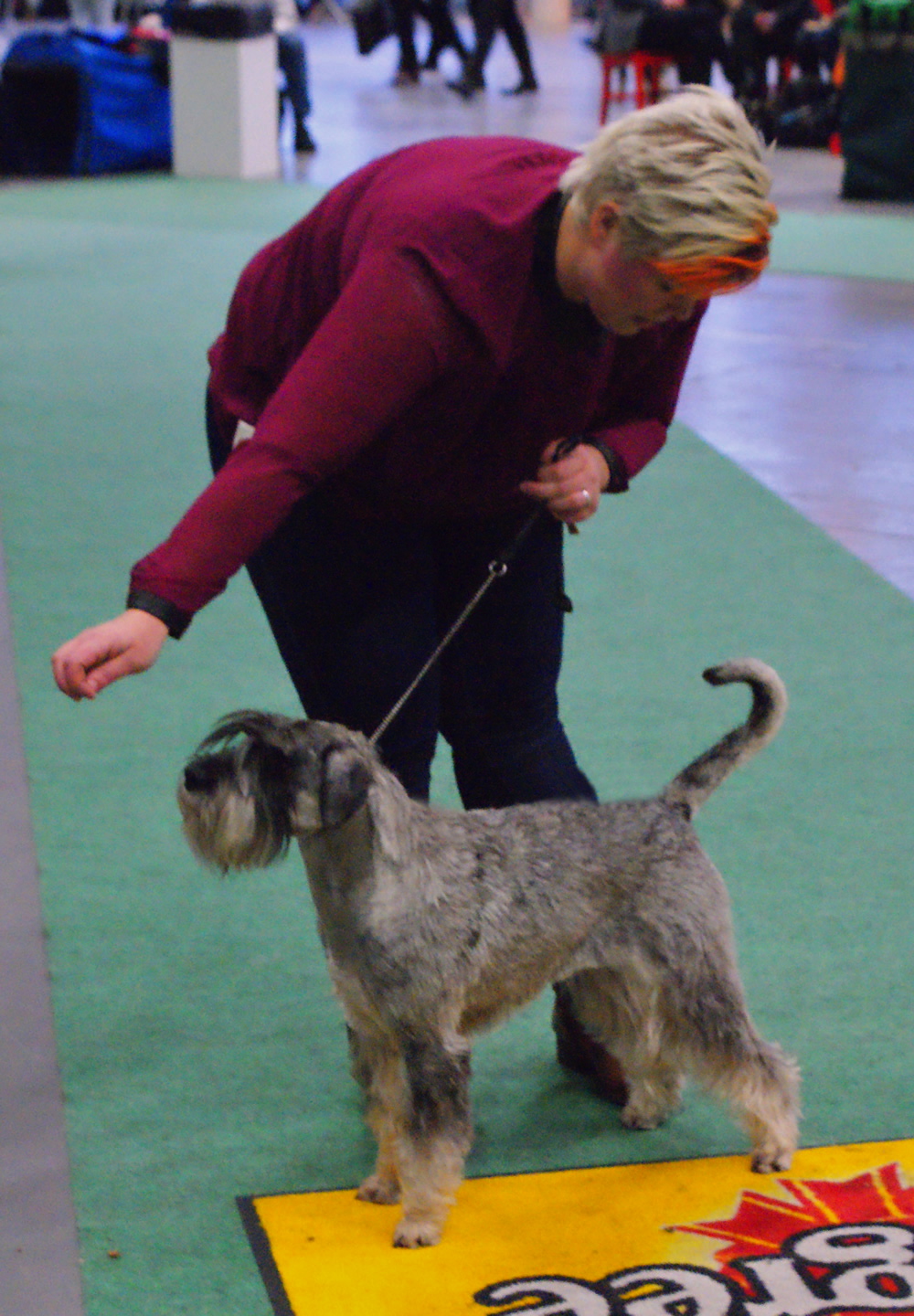 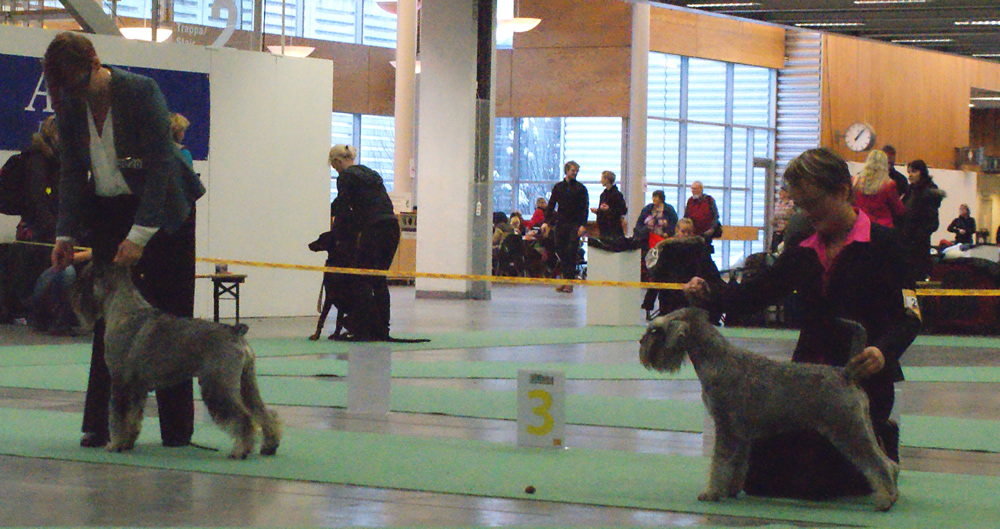 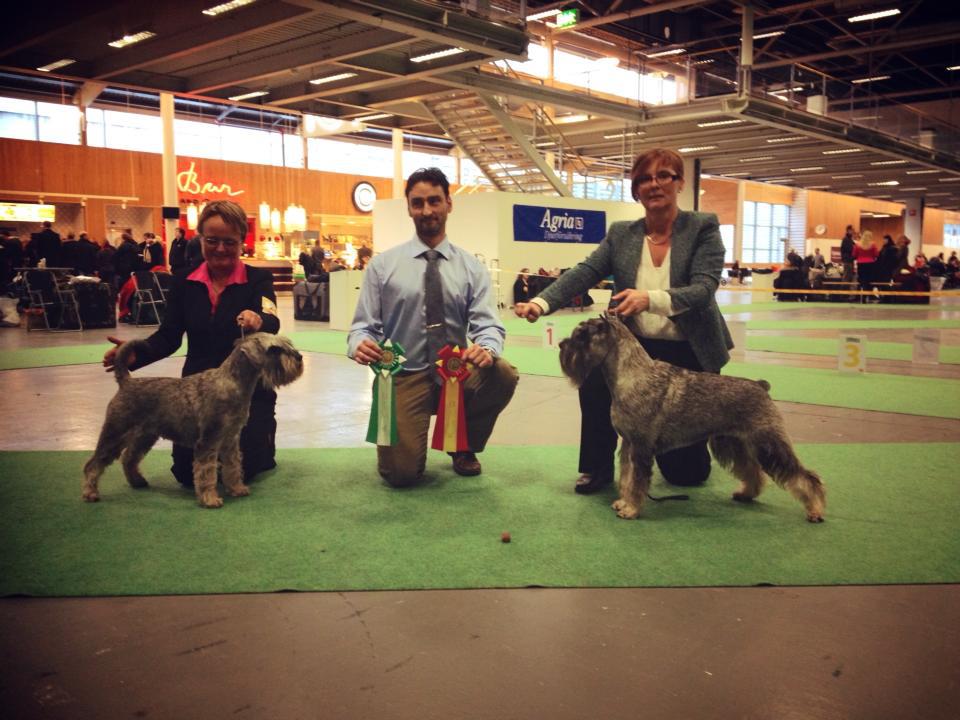 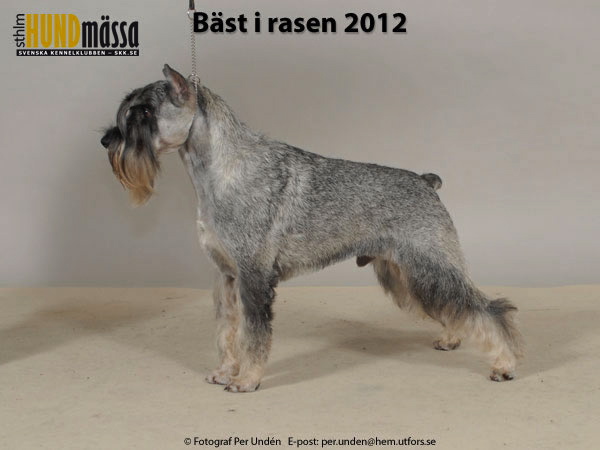 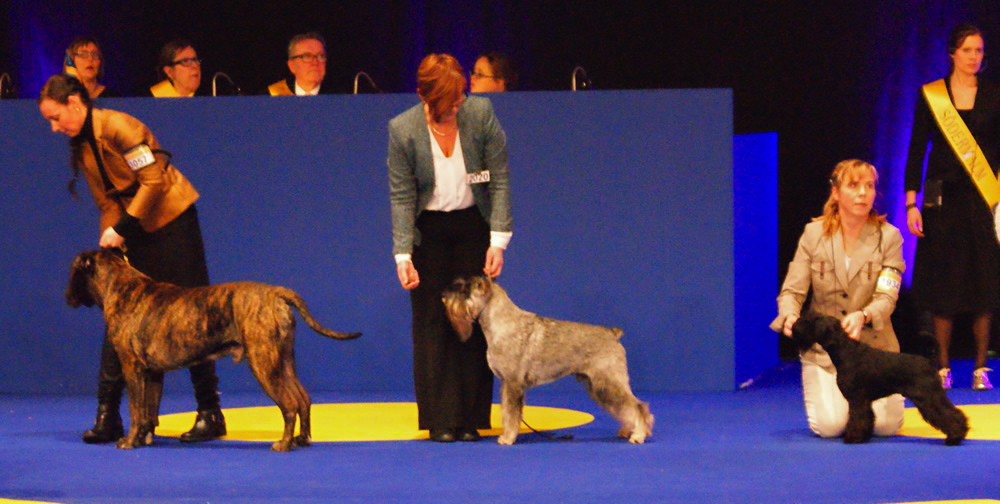 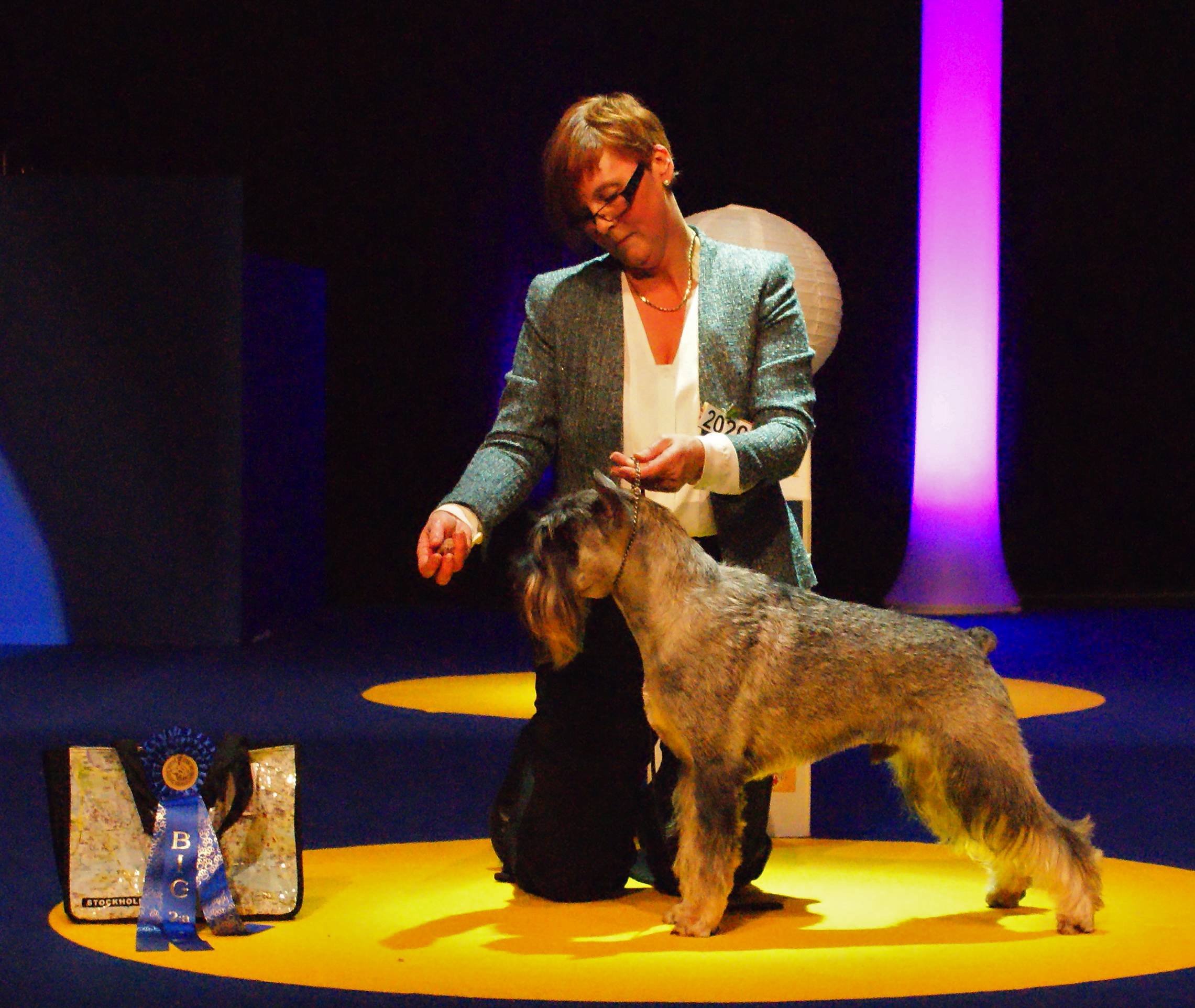 … And were placed as Best In Group 2  by specialist Bo Skalin! 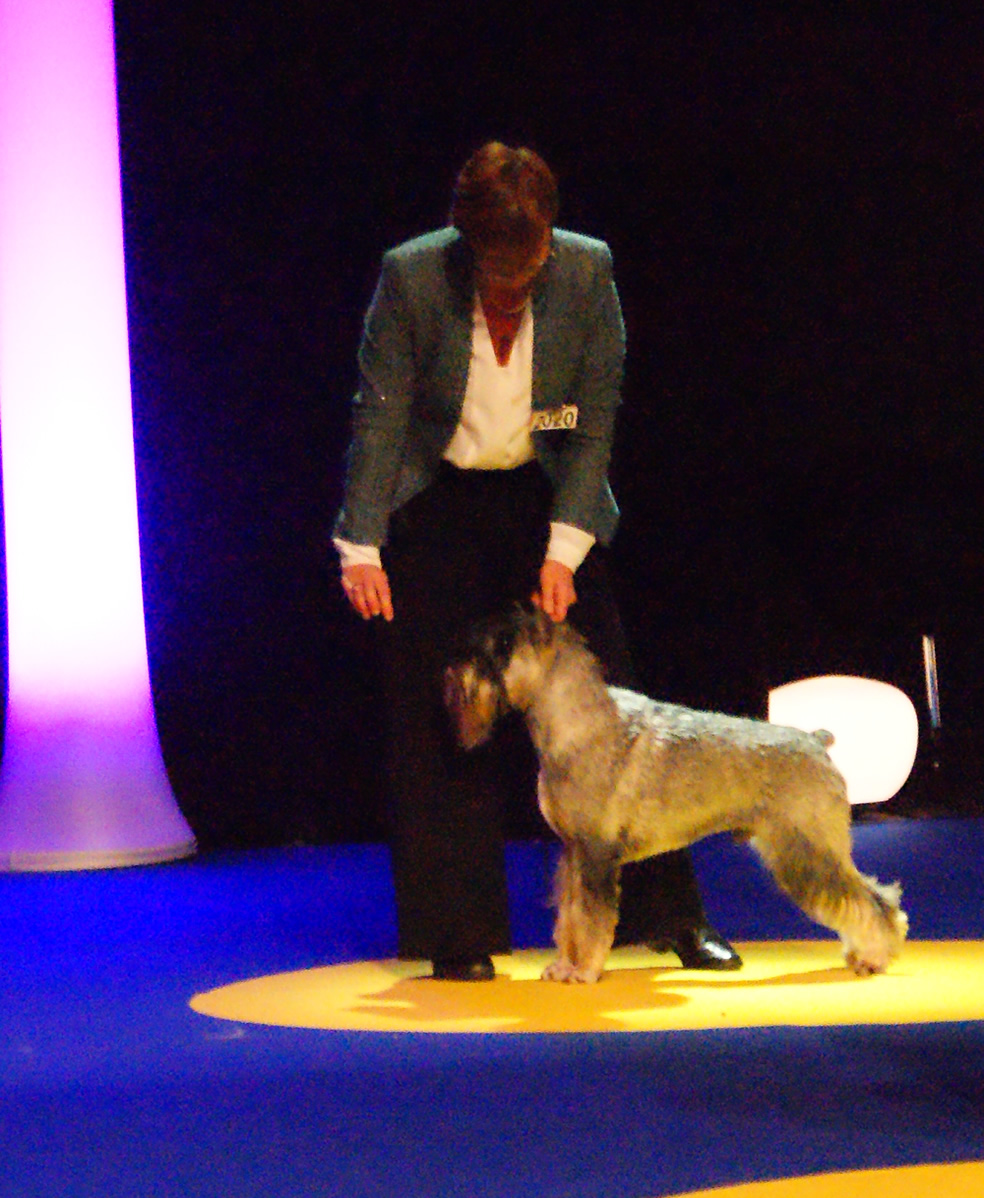 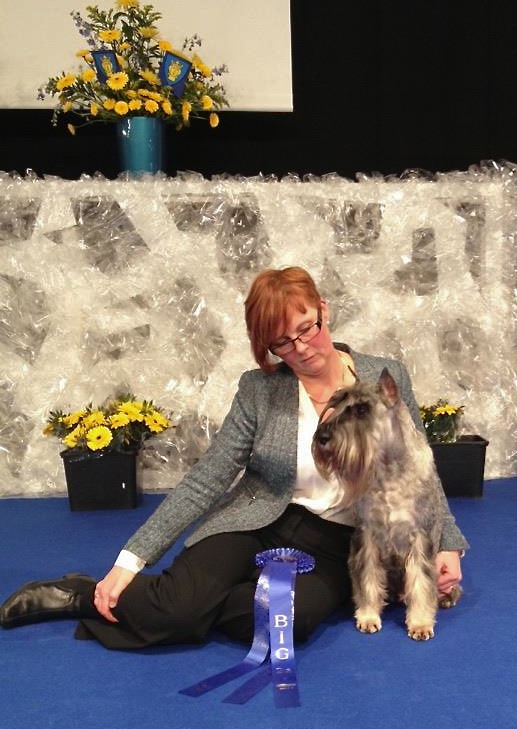 Boel and Kolja after a long and great day