We got some news from Argenta’s Lelace Lorelei and her owner Garnevieve in USA.
Lelace recently won her first Best of Breed, 5 point major over specials and she isn’t one year yet! 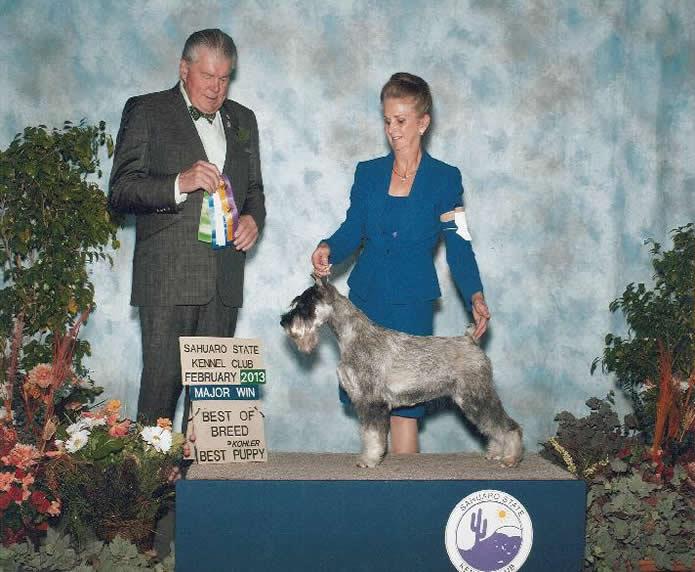 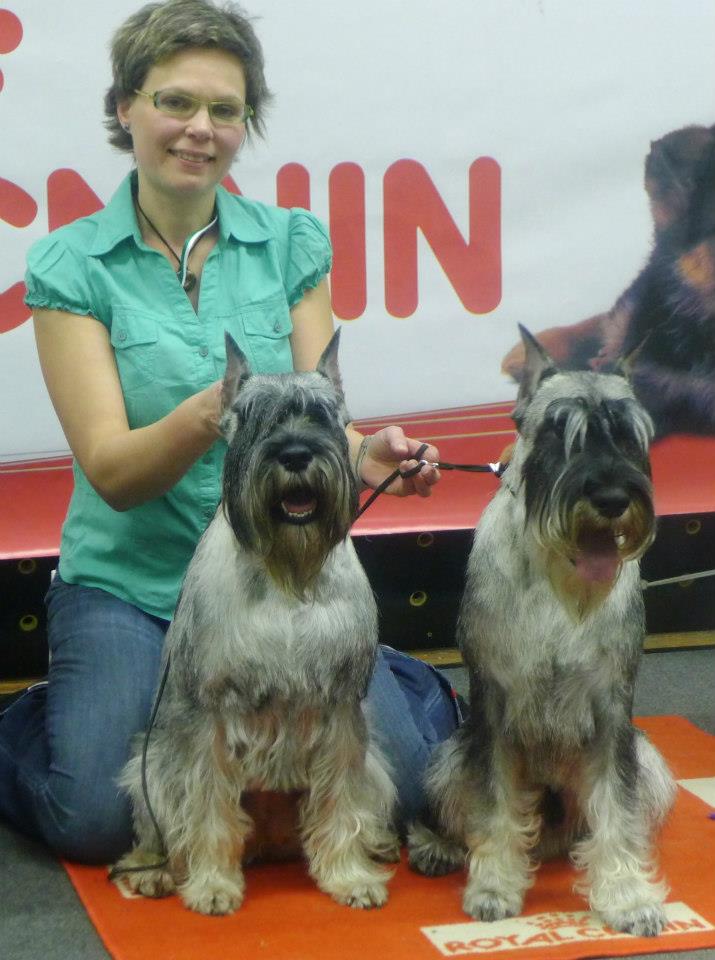 Argenta’s Mini Dag Diplomat on the judging table.
This was his second junior CAC, now he only need one more to become latvian junior champion 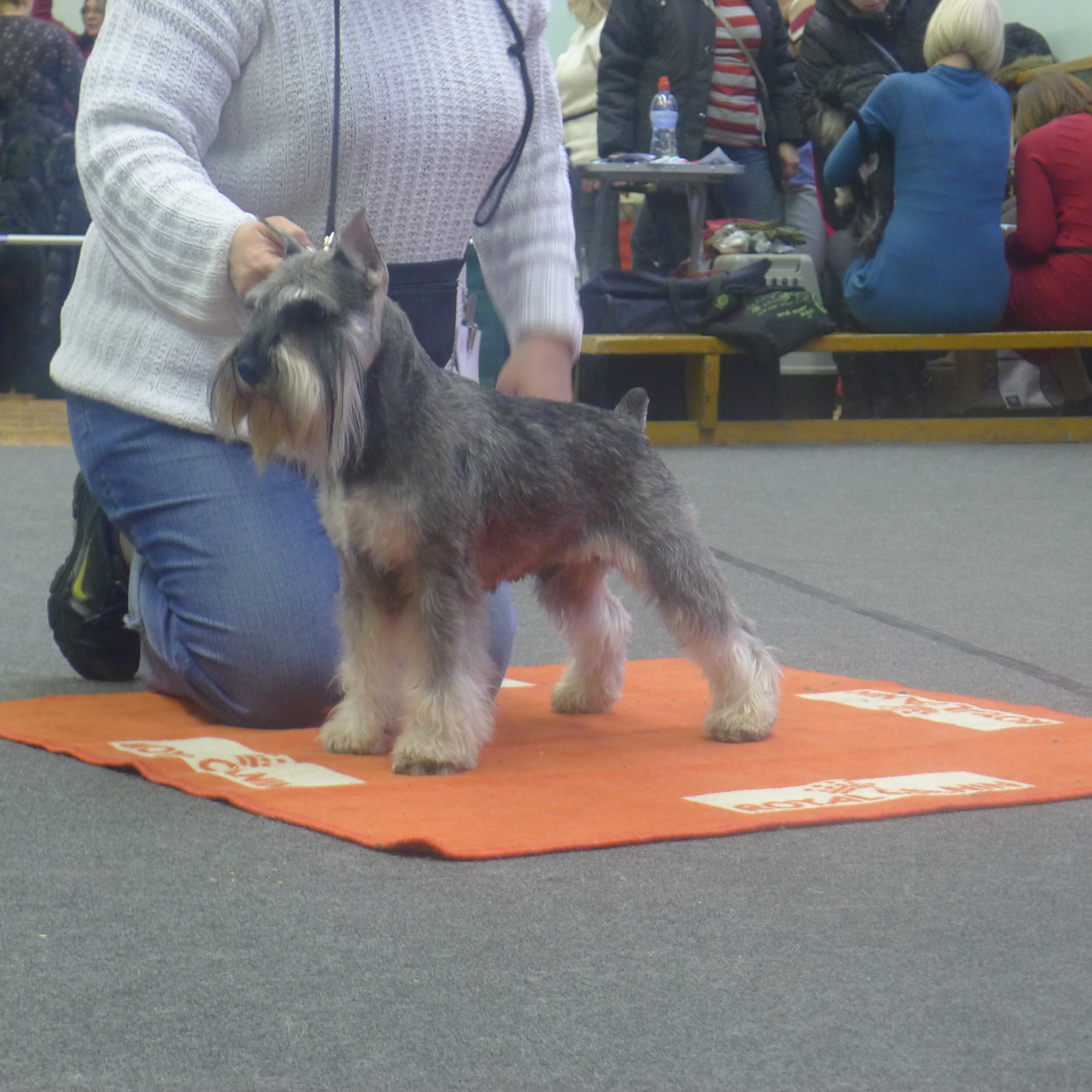 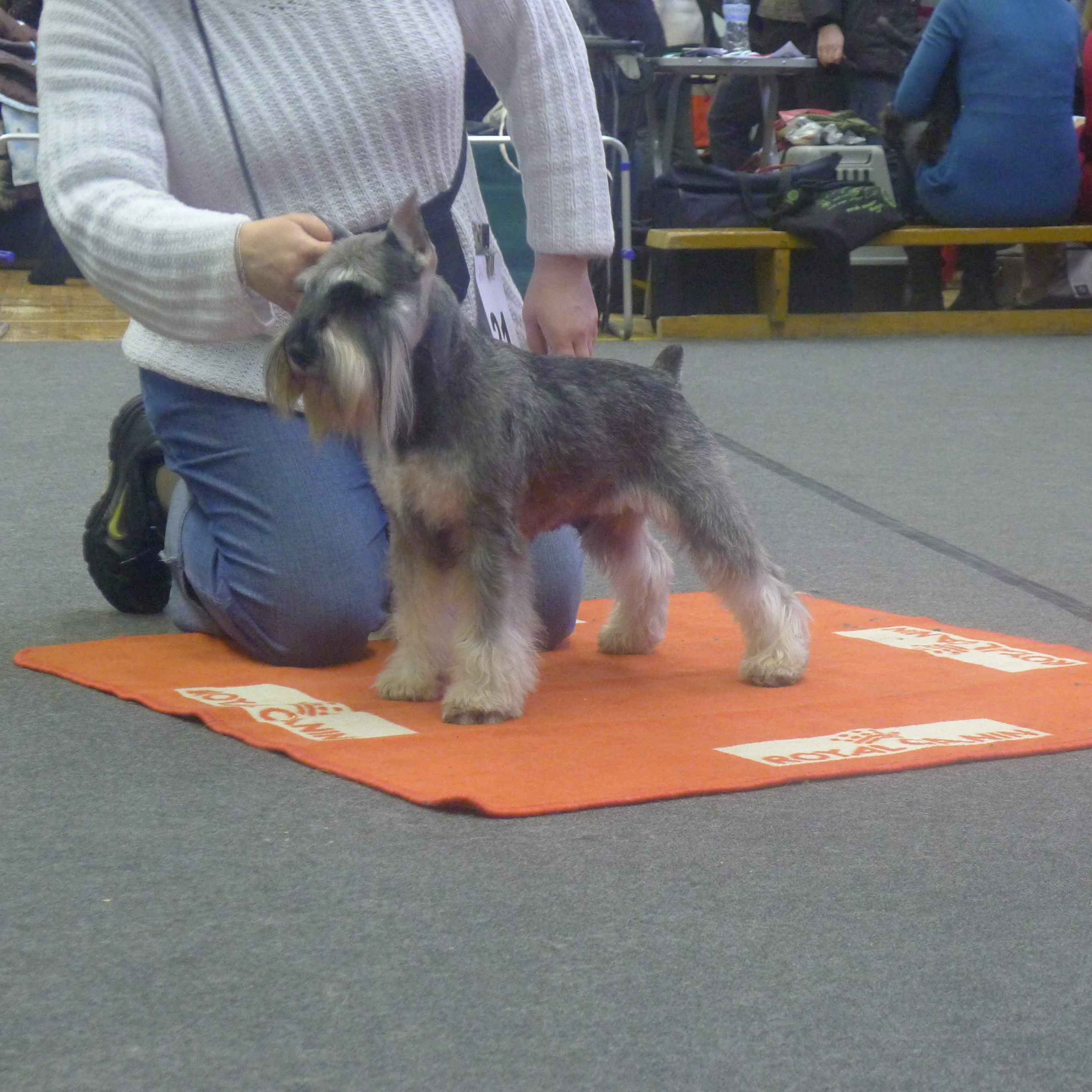